On Thursday night, Gov Gavin Newsom took the extraordinary step of issuing a statewide ‘stay at home order’ to millions of Californians. (40 M at last count.)

‘We are confident the people of California will abide by it, they will meet this moment,’ Newsom, a Democrat in his first term as governor of the nation’s most populous state, said at a late-afternoon news briefing from the state capital in Sacramento.

‘They’ll step up as they have over the last number of weeks to protect themselves, to protect their families and to protect the broader community in this great state and the world we reside in.’

In a shocking statement, Newsom said that up to ’56 percent of our population – 25.5 million people – will be infected with the virus over an eight-week period.’

He has appealed to the Trump administration for use of the Navy’s Mercy hospital ship; set up 1,3000 trailers to use for the homeless; installed additional hygiene stations for people living on the street and is concerting hotels into temporary housing.

To people who think this was an unnecessary move, consider this: California is one of the most affected states with more than 800 confirmed cases and 17 deaths as of Thursday. 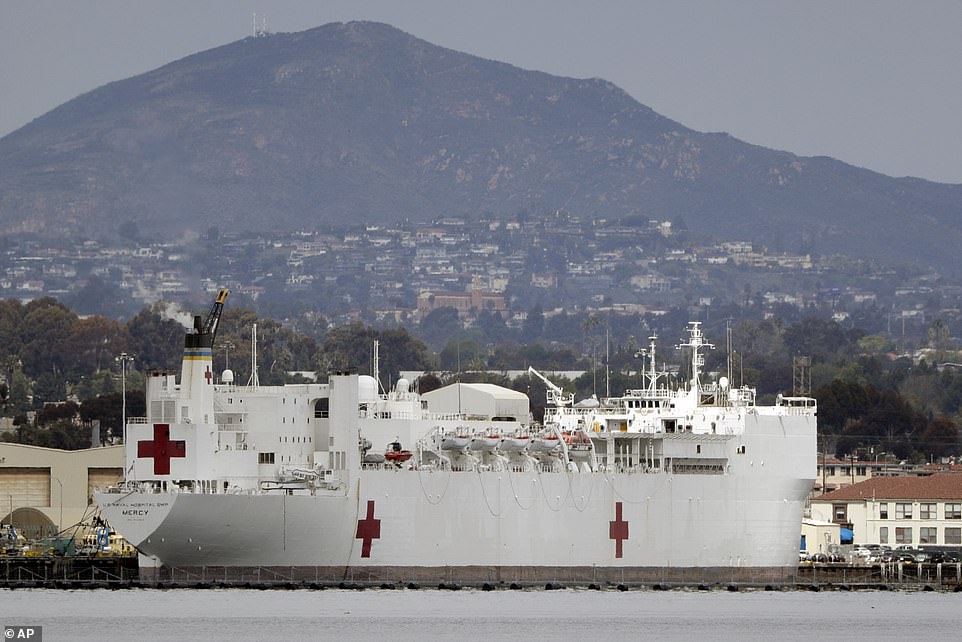