When the Mueller report dropped this morning, news agencies went into overdrive. What does it mean? Could the President still be implicated in legal collusion charges? Will this change anything?

While a gleeful Trump tweeted he was ‘having a good day,’ his AG emphasized again that the President did not obstruct justice, though certainly, the Muller report is more ambiguous on that point.

The key paragraph we’ve highlighted below:

‘Based on the facts and applicable legal standards, however, we are unable to reach that judgment. Accordingly, while this report does not conclude that the President committed a crime, it also does not exonerate him.’ 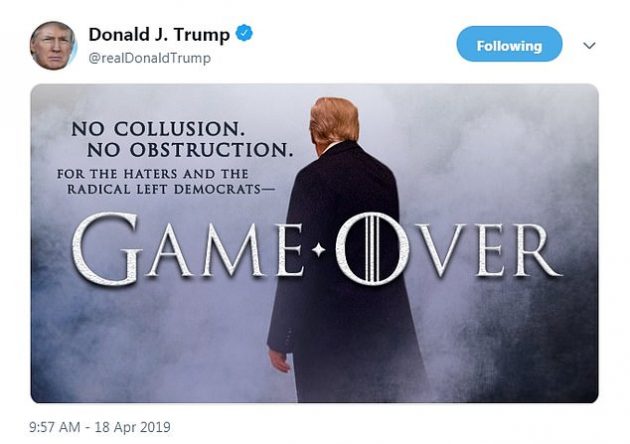 The redacted report details Trump’s efforts to thwart the investigation — including firing FBI Director James Comey — the Mueller team ultimately concluded that there wasn’t enough evidence to indict the President. Other legal experts may see it differently.

Interestingly, the report shows an angry Trump who ranted ‘I’m f***ed. This is the end of my presidency’ when the investigation began.

Does that sound like the words of an innocent man?