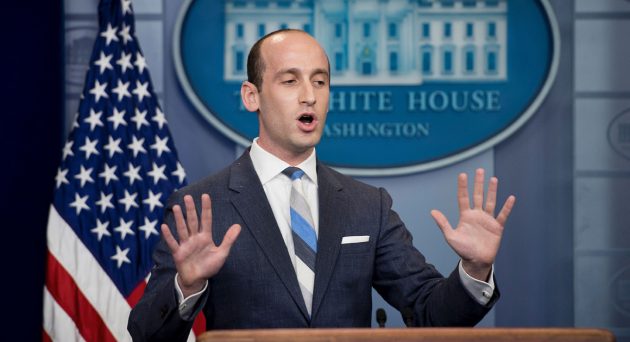 A briefing on immigration by Senior White House Advisor Stephen Miller quickly deteriorated into a sparring match with  CNN‘s Jim Acosta Wednesday, as Miller labeled Acosta’s questions as one of the most ‘outrageous, insulting, ignorant and foolish things’ the reporter has said,

Acosta asked whether team Trump’s new ‘skills based immigration system’ that favors English speakers and people with ‘desirable skills’ sets, was in line with American tradition.

‘The Statue of Liberty says, “Give me your tired, your poor, your huddled masses” … doesn’t say anything about speaking English or being a computer programmer,’ Acosta said. ‘Aren’t you trying to change what it means to be an immigrant coming into this country if you’re telling them you have to speak English?’