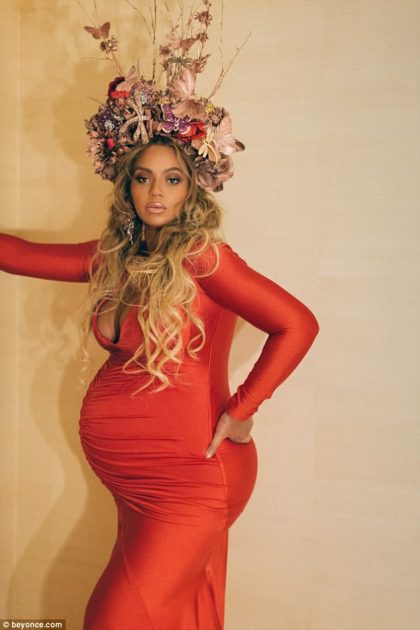 You won’t see Beyonce at the MET Gala in New York, but the singer did make an appearance at the Wearable Art Gala in L.A. on Saturday night alongside hubby Jay Z. Joining her former Destiny’s Child group members Kelly Rowland and Michelle Williams, she came out to support their mother Tina Lawson.

Looking like a fertility goddess, Queen B wore a show-stopping Stello dress, which was custom made to fit her baby bump. Pregnant with twins, the pop star is grounded until after she gives birth. L.A. is happy to have her.