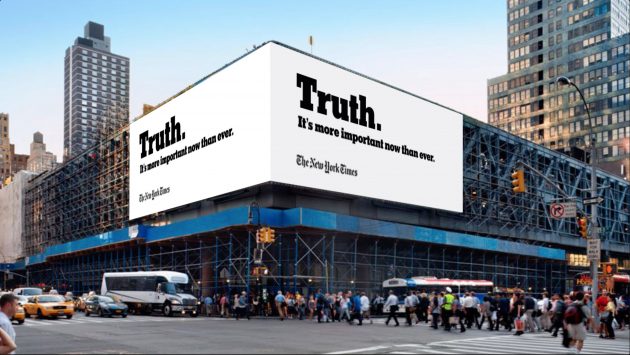 Last night, during the Oscars one commercial captured everyone’s attention, and surprisingly, didn’t earn an angry tweet from the POTUS. After Trump banned major news outlets, including the N.Y. Times from news briefings, the venerable paper launched a  new marketing campaign: “The truth is more important now than ever.” In this simple but powerful ad, the New York Times makes their point in a striking way. Watch it below.