If this wasn’t on tape we wouldn’t have believed it.

Trump warned his security that he feared being killed by …wait for it…thrown fruit.

In a recently released transcript of a deposition in a lawsuit brought by protestors who say they were assaulted by Trump’s security guards at a 2015 campaign rally, the subject of fruit — thrown fruit to be specific — – was the topic of conversation.
Bizarre. 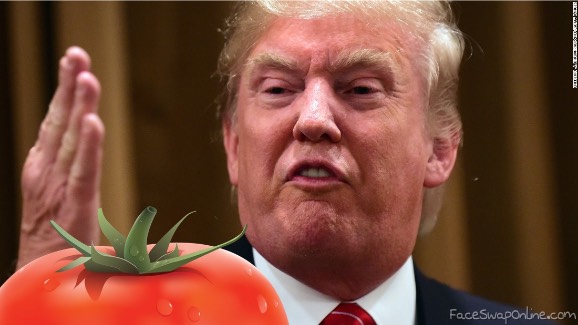 Here’s the full back-and-forth between Trump and Benjamin Dictor, an attorney representing the protestors.
Dictor: Okay. And you said that, ‘If you see someone getting ready to throw a tomato, just knock the crap out of them would you.’ That was your statement?
Trump: Oh, yeah. It was very dangerous.