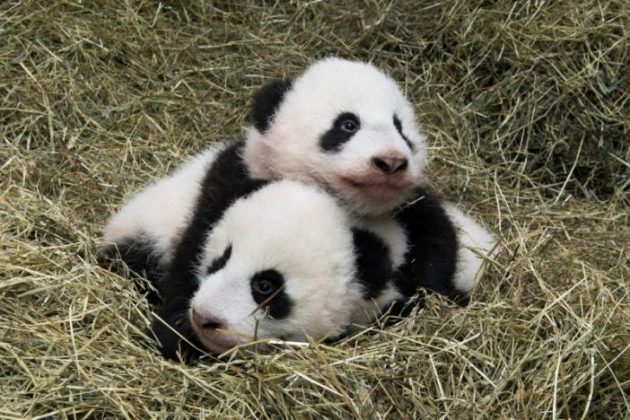 Giant panda twin cubs Fu Feng and Fu Ban, born on August 7, 2016, are seen in this handout provided by Schoenbrunn Zoo on November 23, 2016 in Vienna, Austria.

The adorable twin panda cubs born last summer at Vienna’s Schoenbrunn Zoo have finally come out of their cave to check out the enclosure, says the Vienna zoo.

As is customary with pandas, Mom Yang Yang, who gave birth to female Fu Feng and male Fu Ban in August, has been raising the two in a cave hidden from the public eye.

The curious cubs seemed to have exploring their surroundings, while a watchful Yang Yang kept a close eye on them. 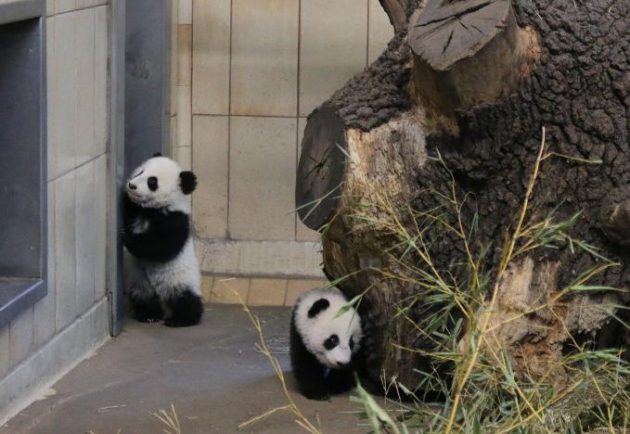 Giant panda twin cubs Fu Feng and Fu Ban, which were born on August 7, are seen in their enclosure at Schoenbrunn Zoo in Vienna, Austria.