Trump held a press conference to announce that U.S. troops had killed ISIS leader Baghdadi…and then went into extraordinary details about the terrorist’s death, which left military personnel scratching their heads.

Remember Trump described Baghdadi as ‘whimpering and crying and screaming all the way’ to his death?

Though the President watched the live video feed from the situation room, there was no live audio.

Several senior Trump administration officials — and some high-ranked military officials have said they don’t know where he is getting all those details since Trump rarely engages with military officers. 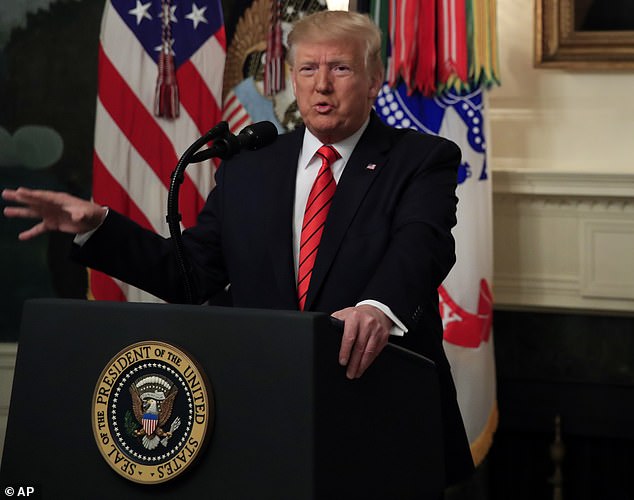 The President — who is using this to distract from the impeachment proceedings — has also teased that he might release video from the mission, which came as another surprise to the military.

In the case of Osama bin Laden, Obama refused to release images of bin Laden’s body, citing national security concerns and no video footage of the raid has ever been released by the U.S. government.

“It’s important for us to make sure that very graphic photos of somebody who was shot in the head are not floating around as an incitement to additional violence or as a propaganda tool,” Obama said in an interview.  “That’s not who we are. We don’t trot out this stuff as trophies.”