In a rare move of solidarity, Monday night the Dallas Cowboys, including owner Jerry Jones who contributed to Trump’s campaign, ALL knelt before the Star Spangled Banner. President Trump fired off a tweet saying ‘The booing at the NFL football game last night when the entire Dallas team dropped to its knees, was loudest I have ever heard.’

However, the team STOOD for the National Anthem, mollifying Trump who then tweeted, ‘Big progress!’

We can’t help but wonder who the President will go after next, now that’s he has alienated the entire NFL. 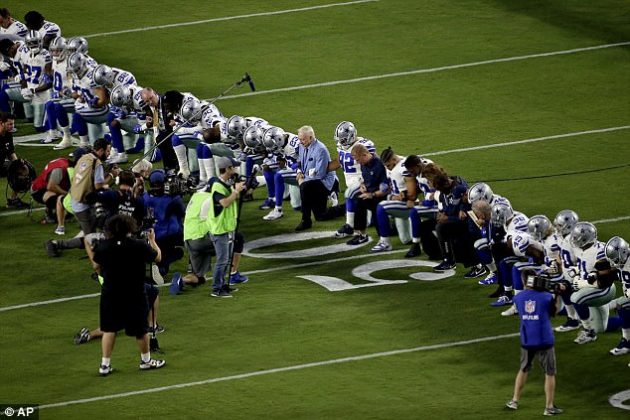