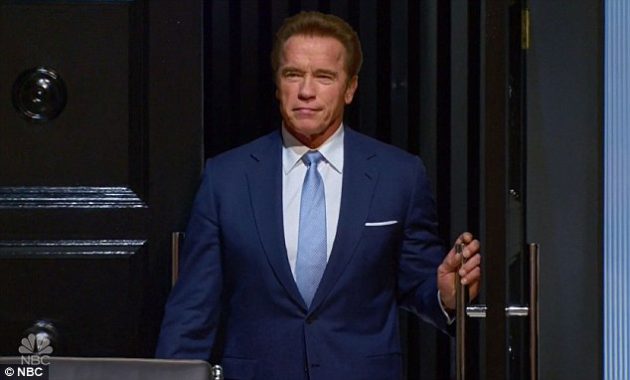 The feud between Donald Trump and his ‘Celebrity Apprentice’ replacement, Arnold Schwarzenegger, just heated up again as the President asked for prayers for the new host at the National Prayer Breakfast:

‘And I want to just pray for Arnold, if we can, for those ratings, okay?’ Trump said. He blames Schwarzenegger for the low ratings, saying ‘It’s been a total disaster.’

The best part is Schwarzenegger’s video message response which he posted on Twitter.

‘Hey Donald, I have a great idea. Why don’t we switch jobs? You take over TV because you’re such an expert in ratings, and I take over your job. And then, people can finally sleep comfortably again. Hmm?’