Horrifying footage of Buffalo police roughly pushing a peaceful 75-year-old man to the ground so violently that he bled out his ear has shocked the Nation, but not Trump.

The President is now peddling a strange conspiracy theory that  it was a ‘set up’ and that Marin Gugino ‘fell harder than he was pushed.’

In the video, you can clearly see that Gugino was non-threatening and in fact was offering to shake hands with the police before he was violently shoved. He remains hospitalized while Trump spins his bizarre claim. 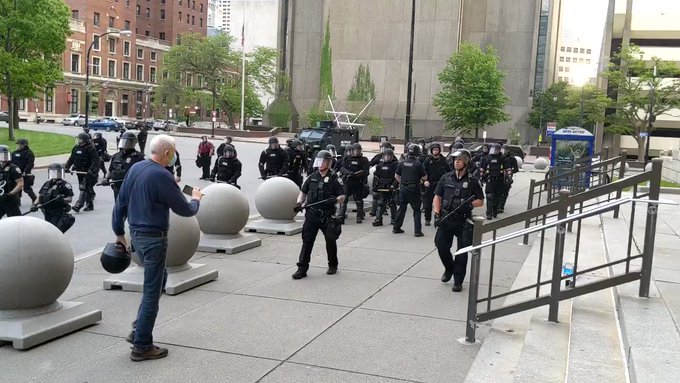