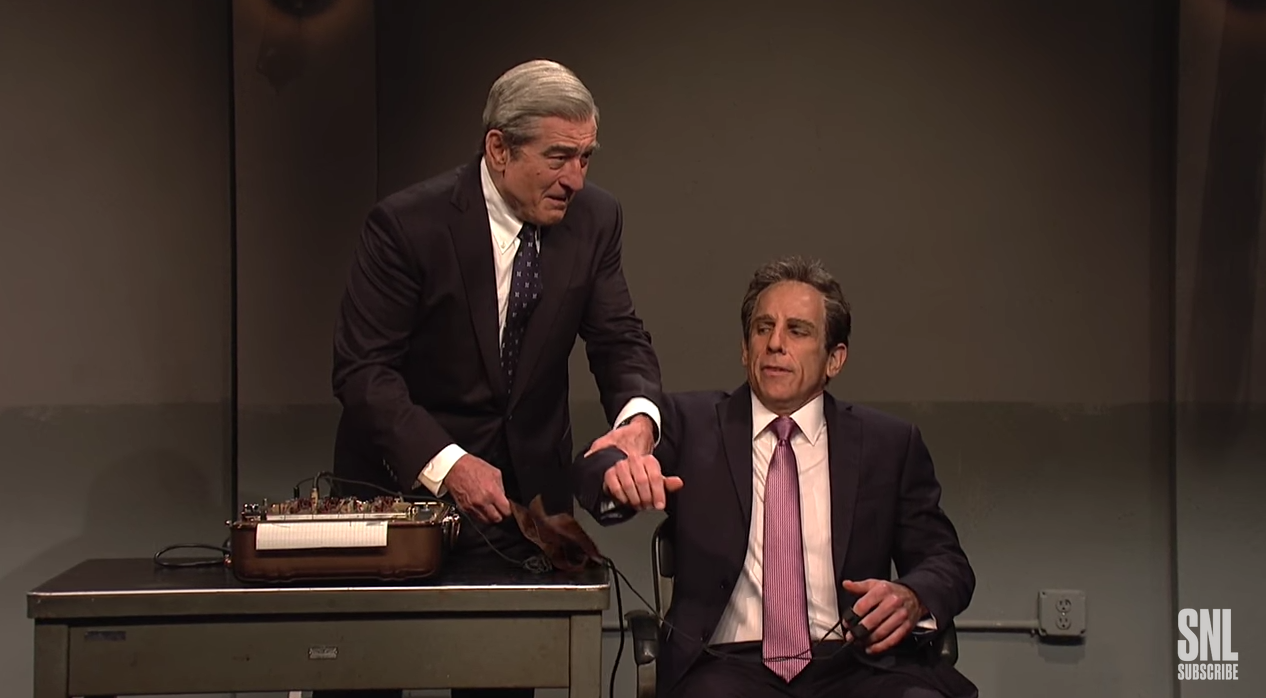 Ben Stiller and Robert De Niro appeared in this week’s Saturday Night Live‘s cold open where they parodied the investigation into Trump’s personal lawyer, Micheal Cohen. But if it looks familiar that’s because the two veteran actors recreated their roles from the hit film Meet the Parents.