As the nights start to draw in earlier, the temperature drops and summer clothes are replaced by coats, hats, scarves, and gloves, the signs that winter is approaching is clear. As everyone knows by now, the arrival of winter brings with it a whole host of potential problems, from icy roads to fallen trees to driveways blocked with snow.

However, one issue that concerns people every year as the cold weather creeps in is the risk of the pipes in their house freezing over. According to recent statistics, on average a quarter of a million US households are affected by frozen pipes annually, resulting in claim payments over the last decade for frozen-pipe related damages in excess of $4 billion USD.

These include cracks, breakages, and bursts caused by expansion that can lead to flooding and water damage throughout the interior of the house, often costing thousands of dollars to get fixed.

Thankfully, there are various ways of protecting your pipes when the temperature drops that will minimize the chance of them becoming damaged.

Keeping the water flowing through the system is an important factor in the prevention of frozen pipes, as it becomes much harder for it to freeze when it is moving. An effective way of doing this is to open the faucet so that it continuously drips and helps to relieve pressure within the system.

A small trickle is sufficient to significantly reduce the likelihood of a burst pipe caused by freezing, and while it may add to your water bill at the end of the month, in comparison to paying the cost of repairs if the pipe becomes damaged, this is a small price to pay. 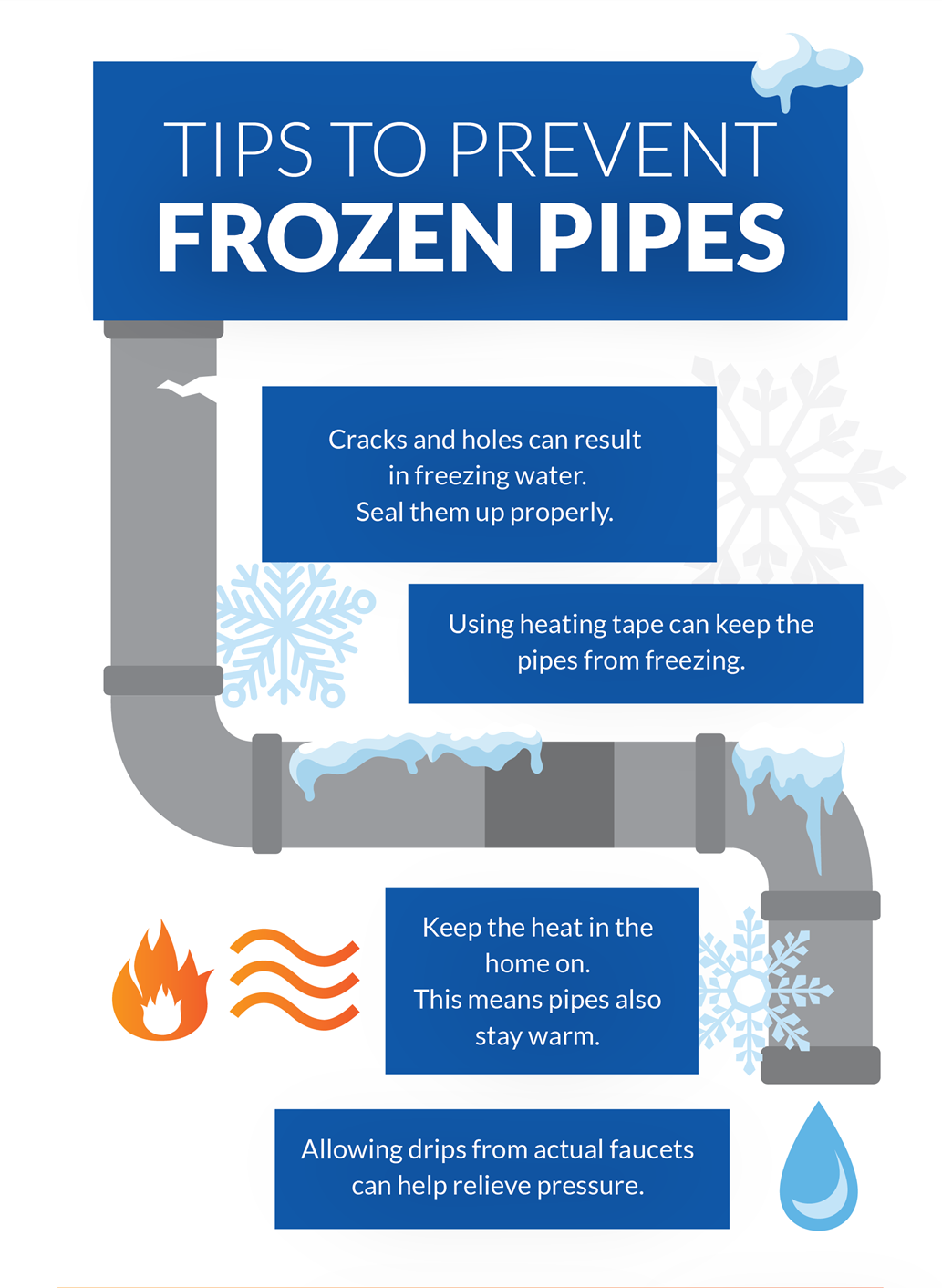 Leave your heating on

Again, this may go against your instincts when it comes to saving money on utility bills, but leaving your heating on is undoubtedly one of the most effective ways of preventing frozen pipes. This is important if you plan on going away for a few days or weeks during the winter, meaning there will be nobody in the house running the water on a regular basis.

It is worth noting that keeping the heating switched on while you are away does not require it to be at the temperature as it would be were you in the house. So long as it remains above 40 to 50 degrees Fahrenheit, this should be enough to prevent the water from freezing over even if temperatures plummet.

While the pipes in the main living areas of your home may be fine during the winter months, those that are situated in attics, crawl spaces and basements might require extra insulation to protect them when the temperature falls. From wrapping them in newspaper to installing specially-fitted high-quality foam sleeves around the pipes, this will all reduce exposure to the cold weather that could cause them to freeze over and burst. 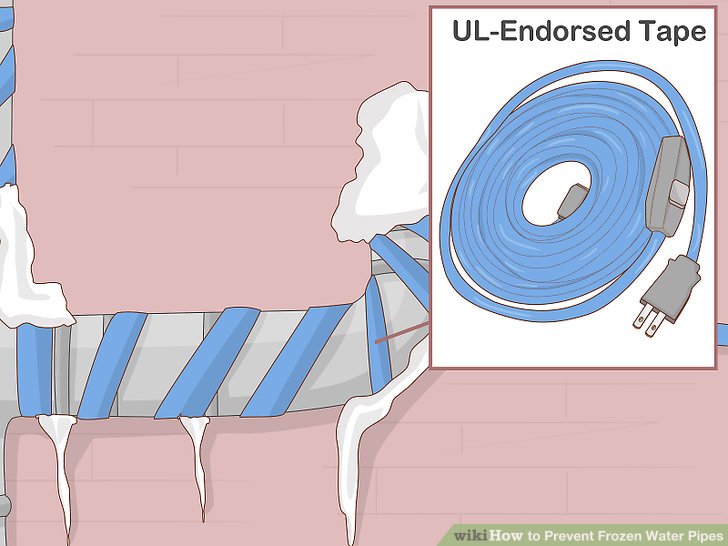 For those areas of piping that are particularly at risk of freezing and can easily be accessed, applying heating tape could be the smartest solution. Heating tape works by offering an electric blanket type system, in which it can be turned on and off as and when it is required to keep sections of the pipes warm.

Heating tape can be bought from most hardware stores or online and varies in price depending on whether the type you choose is self-regulating or not. 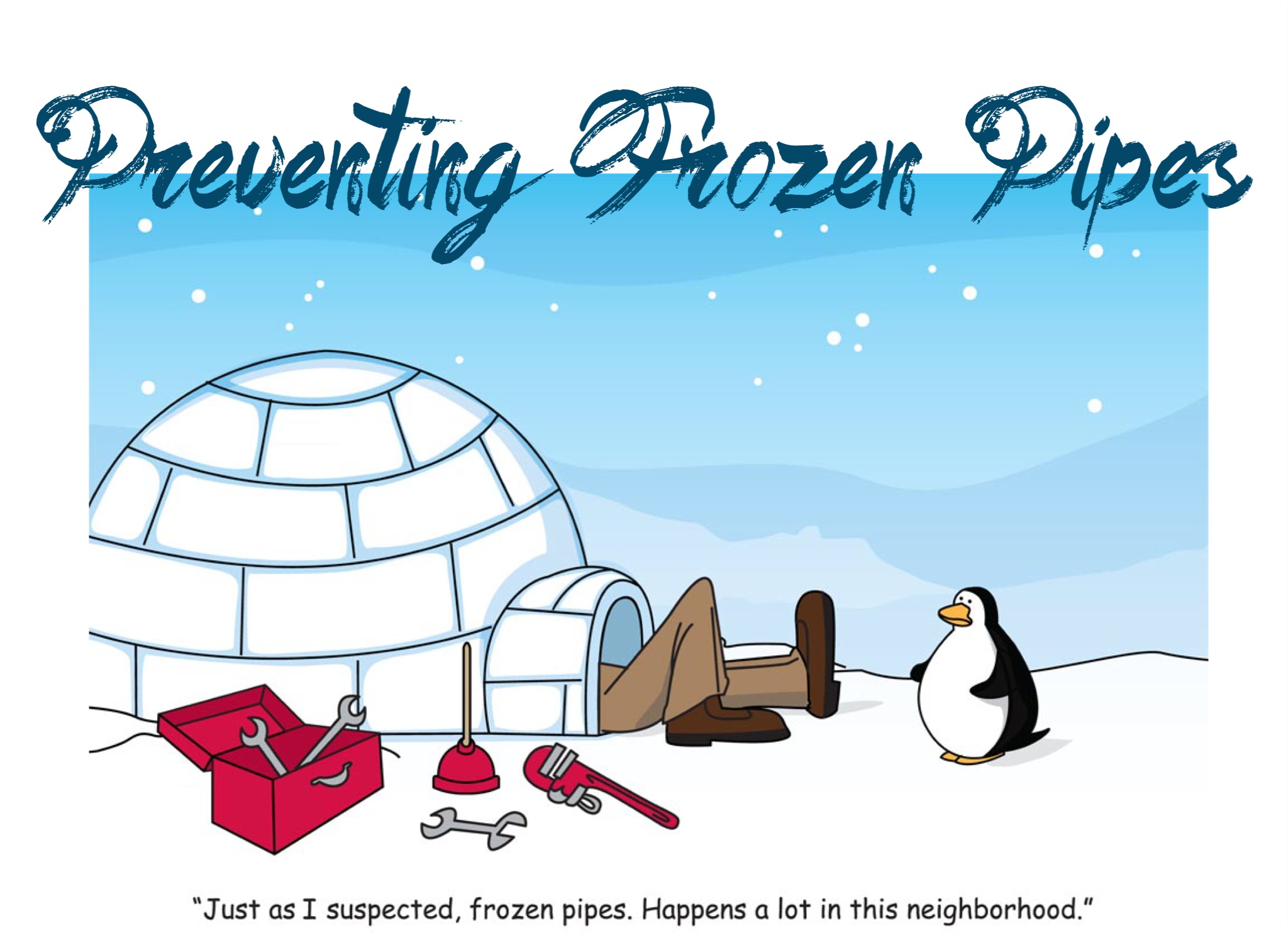 Ensuring that the heat throughout the house can flow and get to all areas where pipes are located is a good method for minimizing the risk of frozen pipes. Pipes are usually located in cabinets, so keeping these doors open will also help to reduce the chances of any damage by increasing their exposure to the interior warmth of the house.

If, however, your pipes do freeze despite taking all the preventative measures in your power, it is important to search online for “good plumbing companies near me” who will be able to quickly sort the problem and minimize water damage throughout the house before it becomes a serious issue.

While frozen pipes are a common problem in many households during the winter, there are a number of different ways to prevent them from freezing over in the first place, which can potentially save you money in repairs. Make sure to take note of the tips mentioned in this article to prevent your pipes from freezing this winter!