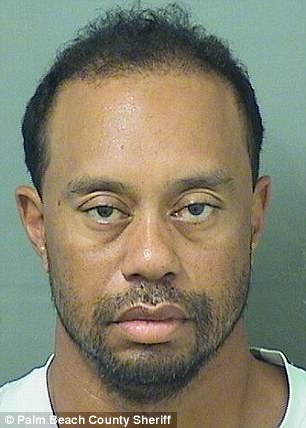 Tiger Woods was arrested on Monday for driving under the influence, according to the Palm Beach County Sheriff’s Office. The champion golfer was arrested around 3am close to his home in Florida. Today, the news breaks that there was no alcohol in the golfer’s blood, but he was found was asleep at the wheel and on FOUR prescription drugs, Soloxer,  Vicodin, Torix and Viox.

Woods released a statement saying: ‘What happened was an unexpected reaction to prescribed medications. I didn’t realize the mix of medications had affected me so strongly.’