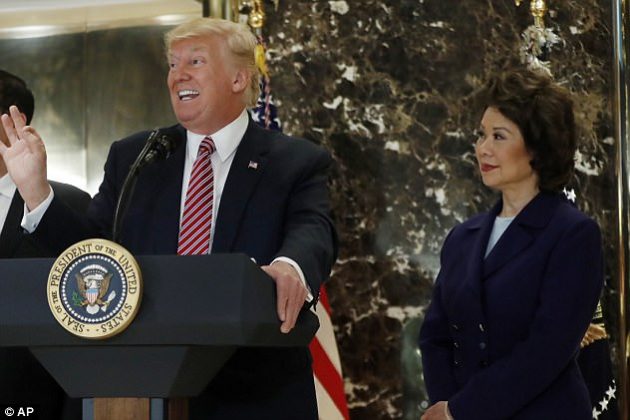 After President Trump’s seemingly off-the-cuff speech Tuesday when he claimed there were some ‘fine people’ mixed in among the white nationalists at the deadly Charlottesville rally, Republicans including Senate Majority Leader Mitch McConnell blasted his remarks.

‘We can have no tolerance for an ideology of racial hatred. There are no good neo-nazis,’ Senate Majority Leader Mitch McConnell said Wednesday

Florida Republican Sen. Marco Rubio lectured Trump on Twitter about the danger of suggesting anyone other than neo-Nazis shares the blame for Saturday’s violence.

While Trump argued that blame was on ‘ both sides’ Paul Ryan tweeted: