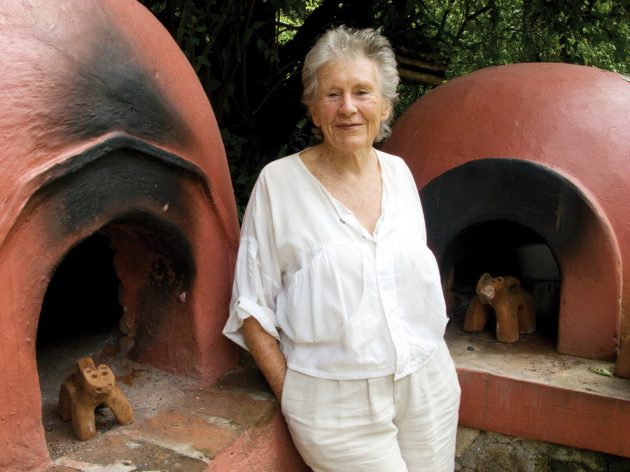 Chef and author, Diana Kennedy, is one of the leading authorities on Mexican cuisine, and she won’t let you forget it.

She has been described as the “Julia Child of Mexico” and an “ethno-gastronomer”, and at 95 years young, Kennedy is still as fervent and sentimental as ever when discussing her love of Mexico and its native fare.

On Saturday, May 5, at the historic Million Dollar Theatre in Los Angeles, Kennedy took the stage to reflect on her life and path to becoming a renowned expert on the history and art of Mexican cooking, authoring nine cookbooks on the subject and being honored with an Order of the Aztec Eagle by the Mexican government for advocating on behalf of the cuisine and tourism of Mexico. 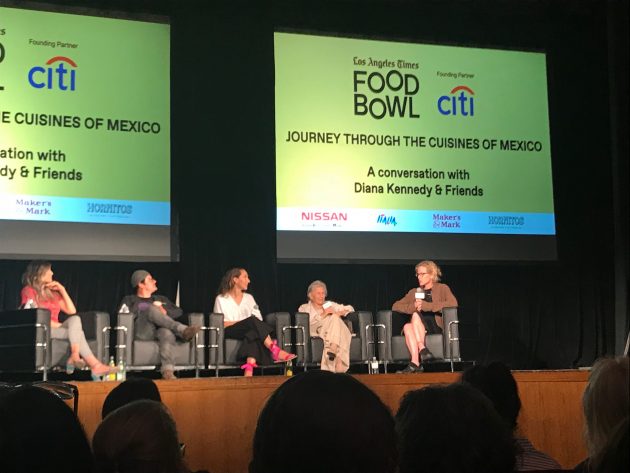 Passion ran high among panel participants which included, Latin chefs and restaurateurs Bricia Lopez of Guelaguetza; Carlos Salgado of Taco Maria and Gabriela Càmara of Contramar and Cala, when the discussion turned to sustainability, economics and food politics. Kennedy stressed the importance of honoring Mexico’s traditional cuisine and preserving its abundance of natural resources for future generations.

As of 2010, Los Angeles is home to over 2.5 million residents of Mexican heritage. However, Mexican culture and cuisine has been woven into the fabric of Los Angeles since its founding over two centuries ago and now second and third generation Mexican American chefs are continuing to honor the cuisine and traditions of their lineage.

The Los Angeles Times Food Bowl pays tribute to the diversity that the city has to offer by hosting a month-long series of events throughout the month of May.