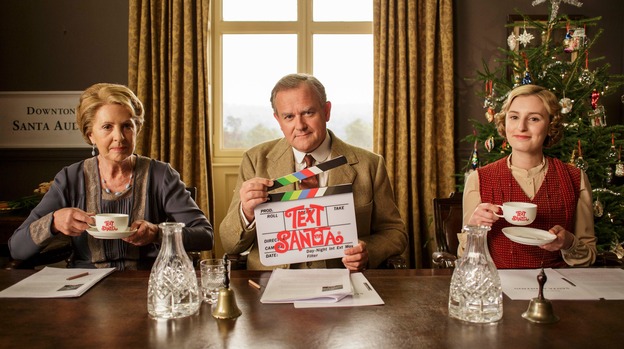 At this time of year, it’s traditional to enjoy the British ‘Text Santa,’ campaign, a charity initiative set up in 2011 by UK-based ITV to support English charities during the Christmas period. The classic Downtown Abbey take-off famously debuted with George Clooney as a guest. Millions have been raised through as the public donates money mainly via text donations.

Starring Gordon Ramsay, Jim Broadbent and Michelle Keegan, this is one of our faves. Enjoy!