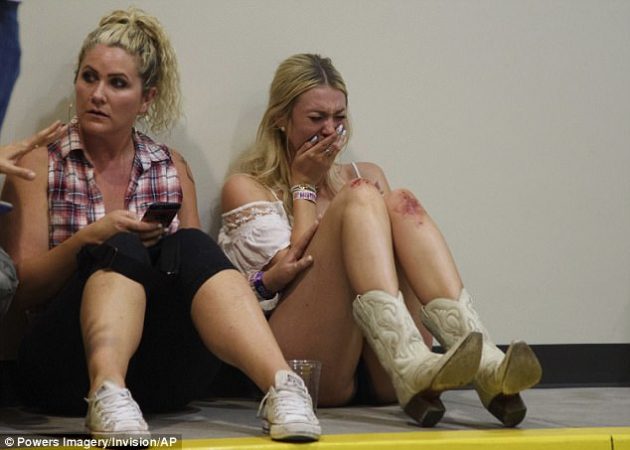 In every tragedy, look for the people who are helping — the heroes. In Vegas, stories of people who saved others — sometimes losing their own lives in the process — have emerged.

“We went back because I’m a nurse and I felt I had to,” she told CNN affiliate KTNV.
“I went to three different scenes and by the time I got to the third one, there was just dead bodies.
“There was so many people, just normal citizens, doctors, cops, paramedics, nurses, just off duty. Everyone was just communicating and working together.
“It was completely horrible, but it was absolutely amazing to see all of those people come together.”
There were the heroes, like Lindsay Padgett and her fiance Mark Jay, who grabbed their trucks to help
to help transport the wounded to hospital.
The pair loaded up the injured and drove through roadblocks to meet up with ambulances.
Jay described how one man had been shot in the chest and was using his fingers to fill holes.
The video of them rescuing people went viral online with viewers describing their actions as heroic.
But Padgett played down couple’s role in ferrying the injured out of danger.
“I just feel like that’s what you do,” she told Action News.
“When people need help, you have to take them to the hospital.
https://www.youtube.com/watch?v=JpzpPziU9og