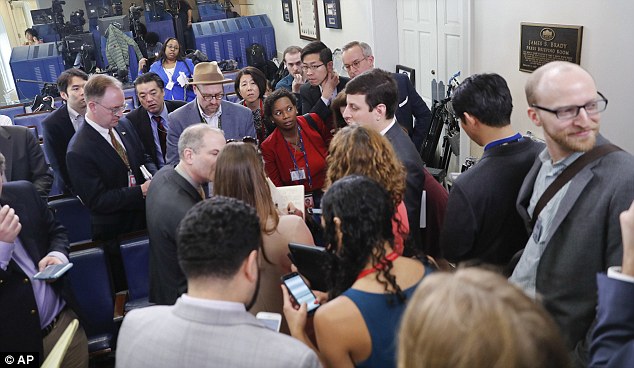 This just in: White House Press Secretary Sean Spicer canceled a planned on-camera briefing today, hand-picking a few journalists to meet him in his office for news updates.

Among those banned; CNN,The New York Times, and the BBC. Fox News, who did make the cut, reported that Spicer said: ‘We invited the people that we thought we wanted in the room.