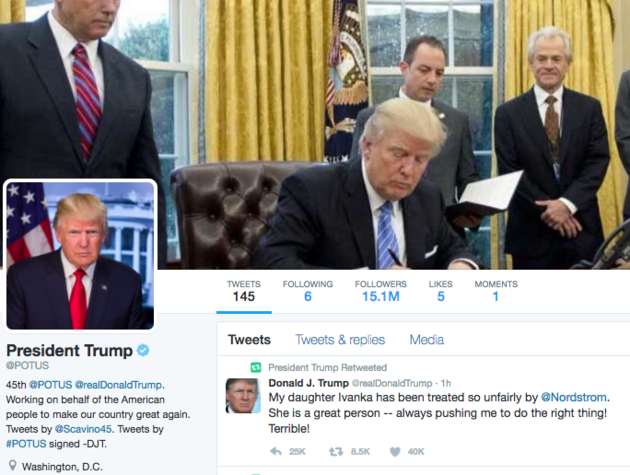 While the world watched in disbelief, President Donald Trump took to his favorite media platform to complain that Nordstrom has dropped his daughter’s fashion line.

“My daughter Ivanka has been treated so unfairly by @Nordstrom,” Trump whined on Twitter  Wednesday morning. “She is a great person — always pushing me to do the right thing! Terrible!”

For their part, Nordstrom said the decision to stop selling Ivanka Trump’s brand was based on its poor sales, not politics.

“In this case, based on the brand’s performance, we’ve decided not to buy it for this season,” the said in a statement, adding that  “Ivanka was personally informed” of the company’s decision in ‘early January.’

It’s heartening to know that the President of the United States has the time to Tweet about such earth-shattering news.