In perhaps the most glamorous pics to ever come out of Buckingham Palace, Prince Harry and Meghan Markle publicity released the traditional engagement photos.

Forgoing the stodgy traditions, the happy couple was shot by fashion and celebrity photographer Alexi Lubomirski, who has snapped most of the A-listers.  And instead of formal attire, Meghan is wearing a daring sheer couture but it’s from a British designer, Ralph & Russo, which apparently makes it alright. 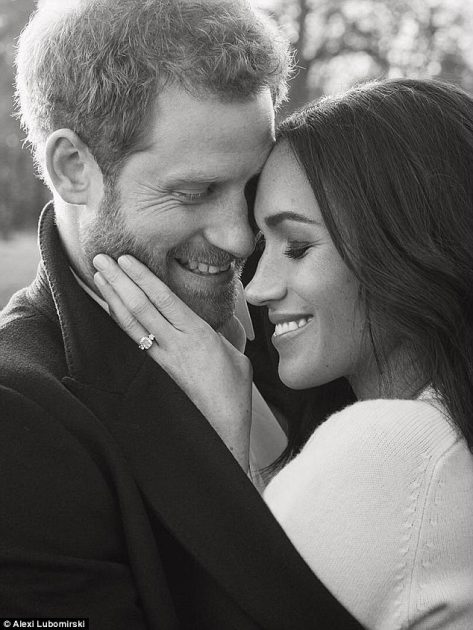