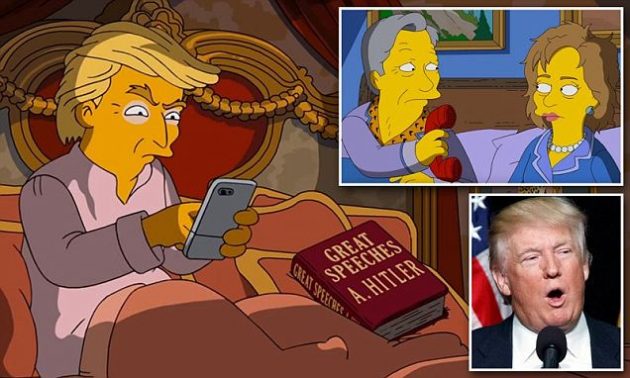 Remember that 2008 Clinton campaign video “It’s 3am, who do YOU want answering that phone? ‘ In a two minute clip parodying that video, Marge and Homer Simpson’s have made it clear who they want on the other end of the phone — and it’s not Trump.

The animated video has already been viewed over one million times since it was released Saturday.

In the now infamous ad, it starts with  ‘It’s 3am and your children are safe and asleep.’ In the new clip,you hear a phone ringing –‘But there’s a phone in the White House and it’s ringing. Something’s happening in the world… Who do you want answering the phone?’ and see Homer and Marge worrying over who to support for President. 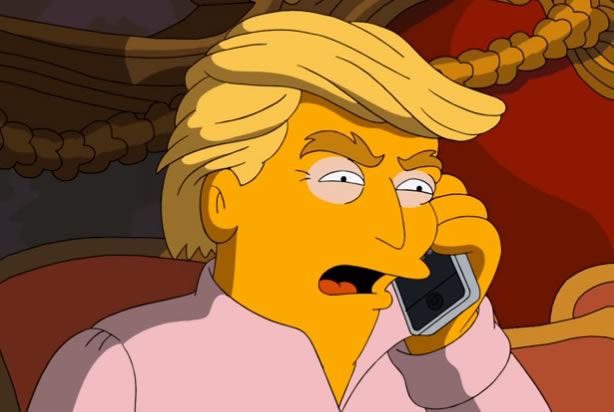 A phone ringing in the Clinton household is first answered by Bill Clinton, who is eager to respond before he dejectedly hands over the phone to his wife, saying: ‘Oh, it’s for you’.

Hillary takes off her eye mask and tells Bill before taking the call: ‘Yes, from now on, it’s always for me.’ 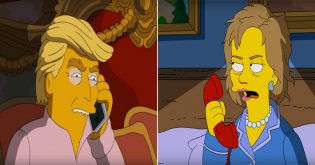 But the video really makes fun of  Trump, who is pictured sitting up in a bed next to a book by ‘A. Hitler’

The cartoon Trump ignores the  incoming call on his phone from the situation room, saying, ‘Not now, I’m on Twitter’ before finishing a tweet blasting Senator Elizabeth Warren.’

Then the  Trump picks up the phone, with the contacts Ivanka, Michelle Obama’s speechwriter, and you can see Putin on the screen. Enjoy.