Despite the fact that the Governor of Wisconsin and the mayor of Kenosha have asked President Trump NOT to visit, saying it could hamper the city’s healing, Trump has decided to touch down today.

And the father of Jacob Blake who was shot int he back seven times by police, says he won’t meet with the President either because: ‘I don’t want to play politics. It’s all about my son, man. It has nothing to do with a photo-op.’

Giving an update on his son’s condition, who in all likelihood will be paralyzed for life, Blake Sr said he is ‘holding on for dear life.’ 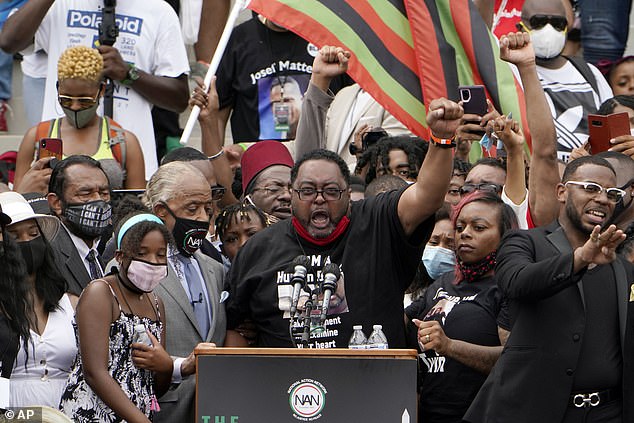