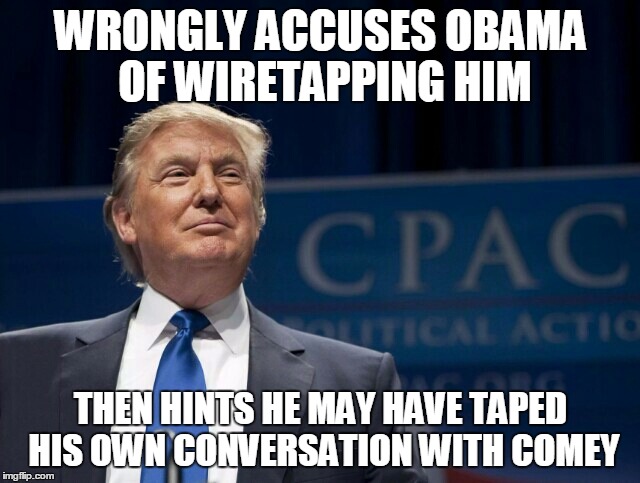 After weeks of rampant speculation, President Donald Trump tweeted on Thursday that he never recorded his discussions with fired FBI Director James Comey.

‘With all of the recently reported electronic surveillance, intercepts, unmasking and illegal leaking of information, I have no idea whether there are “tapes” or recordings of my conversations with James Comey, but I did not make, and do not have, any such recordings,’ the president wrote on Twitter.

But his tweet did leave open the possibility that another agency — maybe the F.B.I? — had recorded some of the White House conversations. Watergate, all over again.