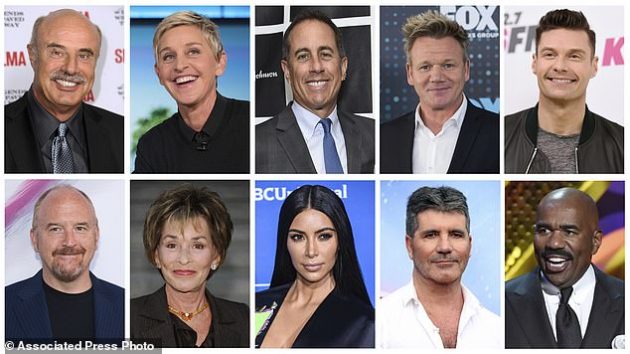 The Forbes’ top-earning TV celebrities list of 2017 is out and for the first time, Kim Kardashian breaks into the top 10, earning $50m last year to put her at number 8.

This makes the 36-year-old reality star the youngest person on this list and Kardashian beats out  Simon Cowell who made a paltry  $43.5 million last year.