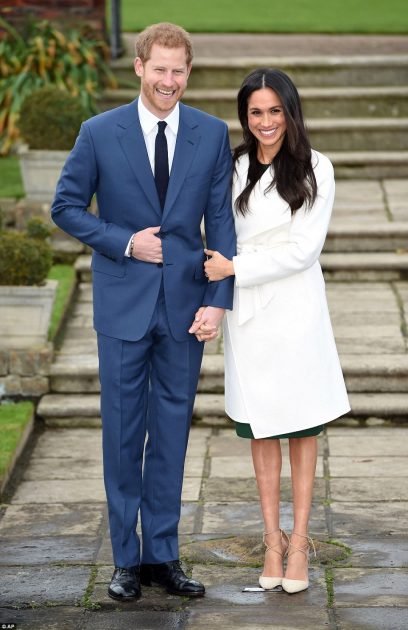 Prince Harry and Meghan Markle stepped out for the first time since the engagement news, for a photo call with the press. ‘I knew she was the one from the very first day,’ said the Prince, adding that he is ‘thrilled’ to announce his engagement to Meghan Markle who proudly showed off a sparkling ring made with Diana’s diamonds. Designed by the Prince himself, the sparkler contains two diamonds from Princess Diana’s own personal collection set in a gold band.

The new couple will live in Nottingham Cottage in Kensington Palace next door to William, Kate, George and Charlotte.

As we reported earlier, rumors started to swirl that a royal engagement was imminent when Meghan quit the show ‘Suits.’ She will move to Britan this month and has arranged to bring her two dogs with her.

The shy Prince refused to say how he proposed: ‘That will come later’ but when asked if it was romantic he said: ‘Of course it was’ – but the couple didn’t kiss for the cameras.

Fittingly, Prince Harry chose the Sunken Garden at Kensington Palace for their first photocall, where he and his brother William had planted white roses in honor of their mother, Princess Diana’s favorite flower. 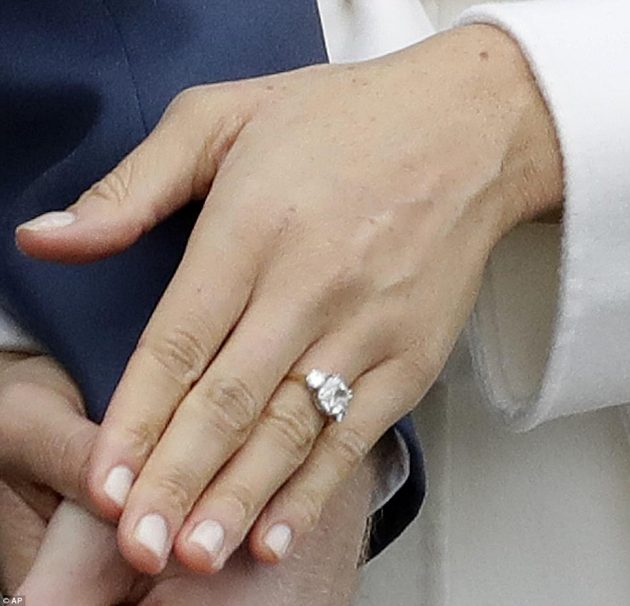