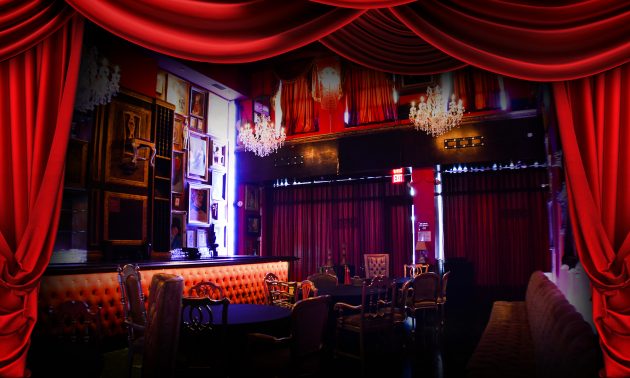 There’s a new French restaurant in downtown L.A. called Les Coulisses and it’s your ‘backstage’ pass to modern French food. Located in the former Vintage 10 Fifty Wine Bar, Les Coulisses, which means ‘backstage’ in French, sits directly off the main lobby of the Belasco Theatre, but guests enter through a private entrance located on the corner of South Hill Street and 11th Avenue.

Once inside, the opulent surroundings with overstuffed sectionals and gold chairs reminiscent of the decadent Golden Hollywood era are inviting and fun. It’s an intimate space but you don’t feel crowded.There’s a cozy upstairs mezzanine too, which can be booked for private parties of up to 50 people. 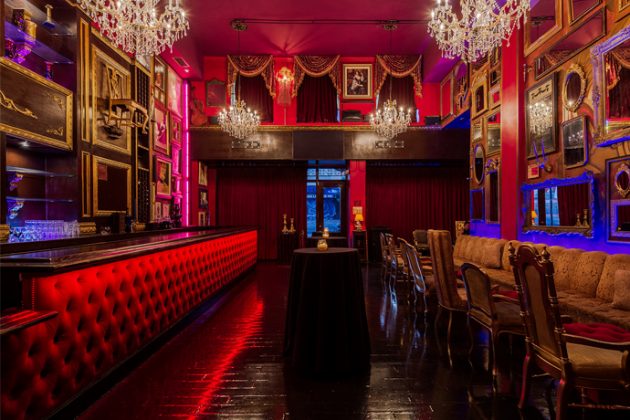 But you’re here for the food, from Executive Chef Frances Li, an L.A. native who is a classically French-trained chef. The menu is produce-driven and offers a lighter fare suited for the progressive lifestyle of today says Chef Francis Li and adds, “In Los Angeles, you can get anything, and this is important with French food being ingredient-driven.” We get all her influences in the first tasty bites; Moroccan chicken in puff pastry, scallops lightly tossed with beets, a sumptuous salmon with endive on a cracker and we’d make the trip just for the apple crisp dessert. 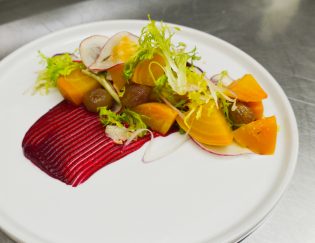 “Dining at Les Coulisses is about enjoying the food, enjoying the people, and enjoying the time,’ said Marc Sittenfield, Director of Hospitality at The Belasco Theater Group.

Dinner service begins at 5:00 p.m. daily, and the lounge space will remain open until midnight seven days a week. Stop in for dinner before a show and a drink after. 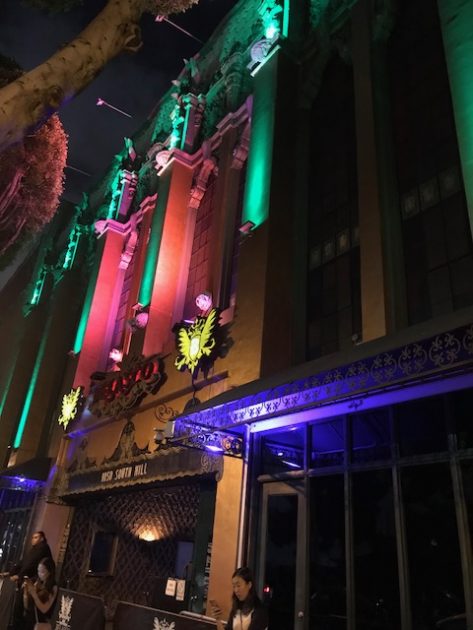