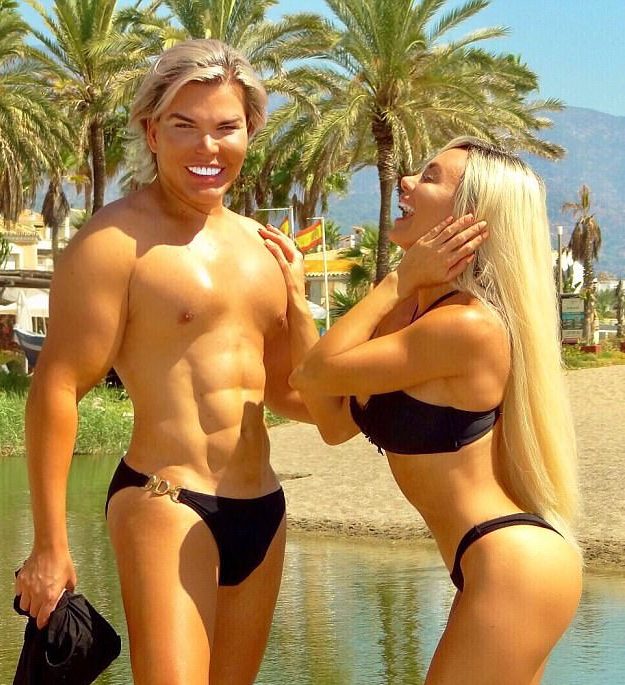 Better-known as a human Ken Doll, Rodrigo Alves strutted his stuff, the result of more than 60 plastic surgeries, on the beach with an equally fake Danni Levy.

The plastic surgery addict is ‘starring’ in some reality show called ‘Life on Marbs.’ The 34-year-old flashed his perfectly fake teeth for the camera as he talked about an aptly titled new TV show called ‘Plastic of Hollywoods.’

That should be a good fit. 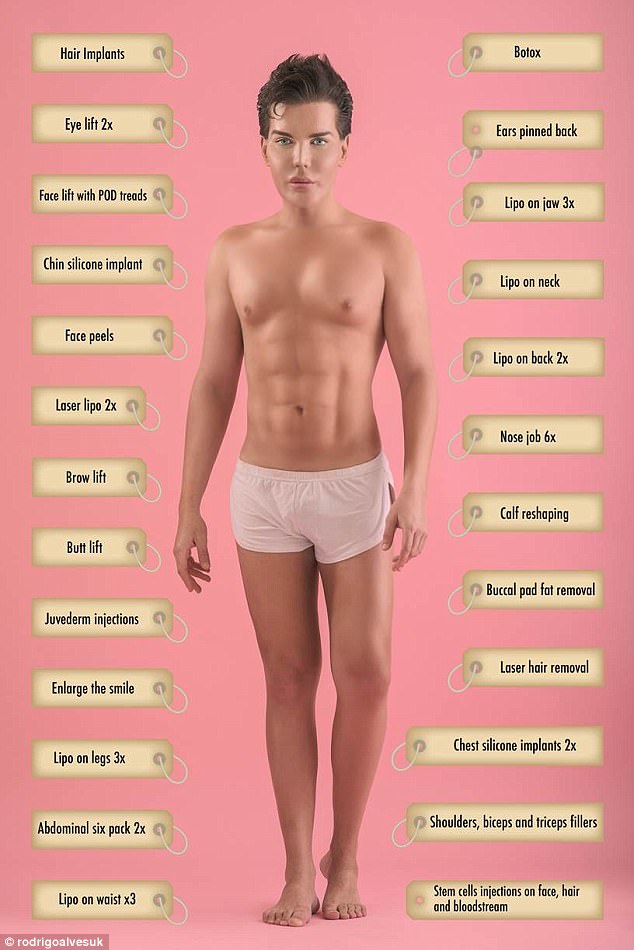