Search
Home
News
One of the most recognizable January 6th MAGA rioters known as ‘QAnon Shaman’ — you know, the one in the horned helmet and furs with red white and blue face paint– was just sentenced to 41 months in prison, the longest sentence handled down so far.

The prosecutors painted Jacob Chansley as “the flag-bearer” of the Jan. 6 attack on the Capitol, sending a message to all the MAGA rioters. 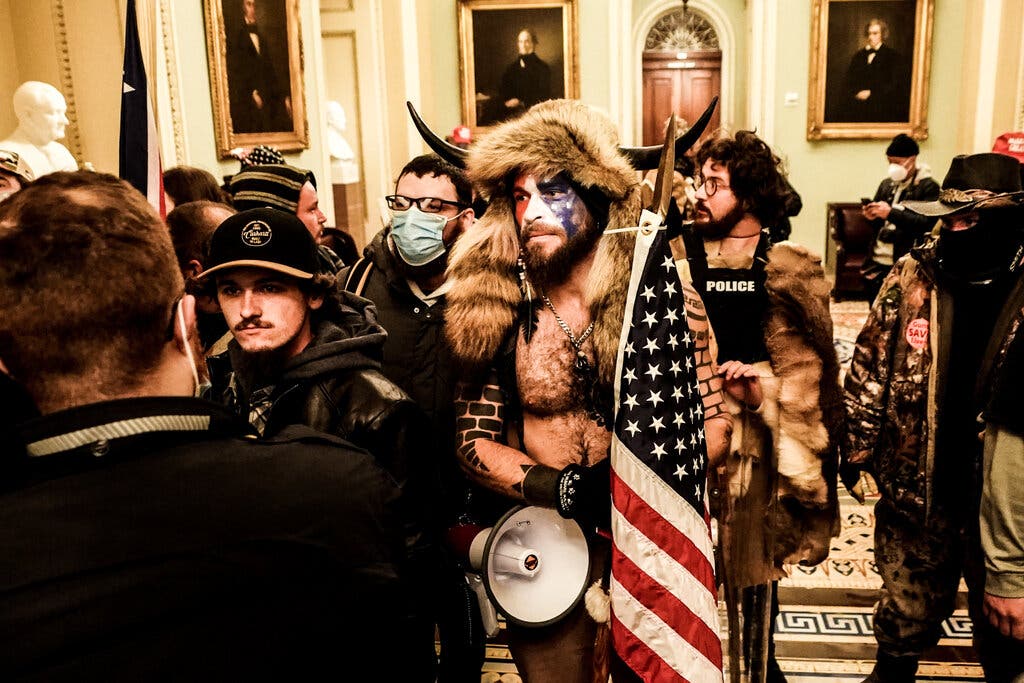 In a strange twist, the Horned helmet guy’s lawyer argued that his client wanted Trump to pardon him (which never happened.)

The prosecutor successfully argued that Jacob Chansley was among the first 30 rioters to enter the Capitol and quickly used a bullhorn to “rile up the crowd and demand that lawmakers be brought out.” Within an hour, he had made it to the Senate floor, taking the seat that Vice President Mike Pence had only just evacuated and leaving a note on the dais saying, “It’s Only A Matter of Time. Justice Is Coming!”