Never one to shy away from a battle, former presidential candidate Hillary Clinton went on Jimmy Fallon’s ‘The Tonight Show to call for  ‘common sense laws’ on guns after the Vegas massacre.

Clinton also told host Jimmy Fallon that ‘one whole political party’ in the US was ‘totally sold to the gun lobby’.

After her impassioned plea for gun control, Miley Cyrus called her a  ‘constant beacon of strength, hope and determination,’ and read her a thank you note from Jimmy’s desk on behalf of all the women writers on the show. Hear! Hear! 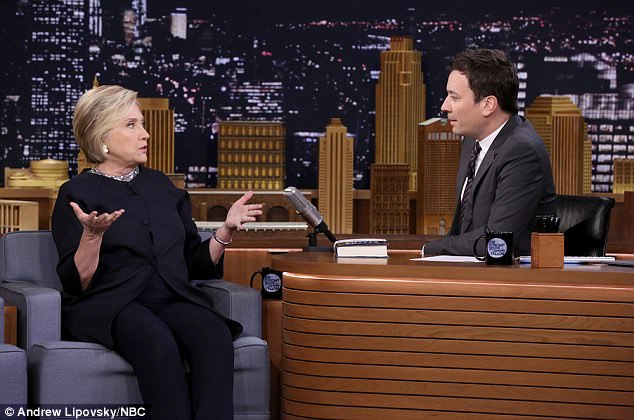 Her appearance came just days after Stephen Paddock, 64, murdered 58 people and injured hundreds of others when he fired into a crowd at the Route 91 Harvest music festival on the Las Vegas strip.