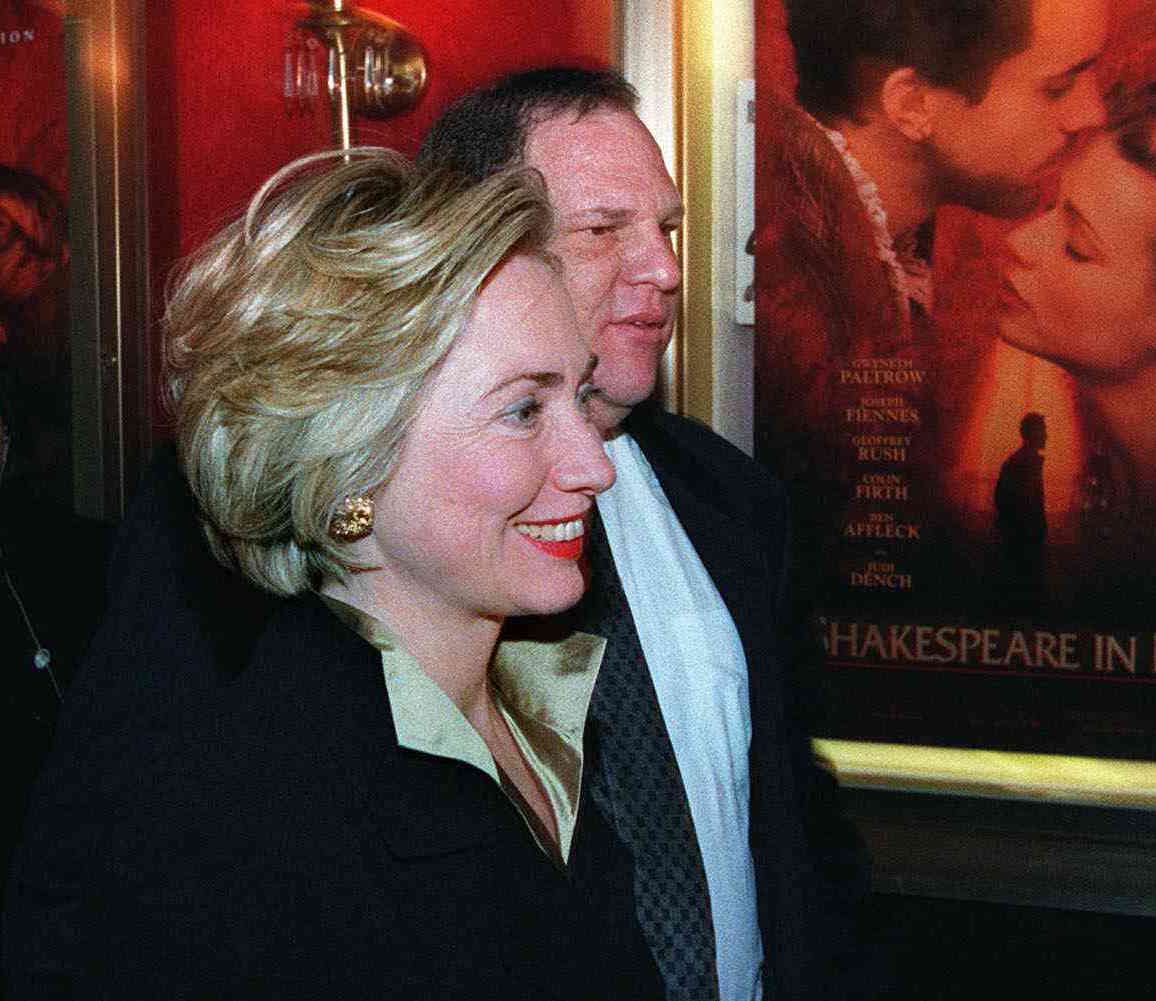 Hillary Clinton has come out against Harvey Weinstein, as the scandal grows.

“I was shocked and appalled by the revelations about Harvey Weinstein,” Clinton wrote in a statement released Tuesday. “The behavior described by women coming forward cannot be tolerated. Their courage and support of others is critical in helping to stop this kind of behavior.” 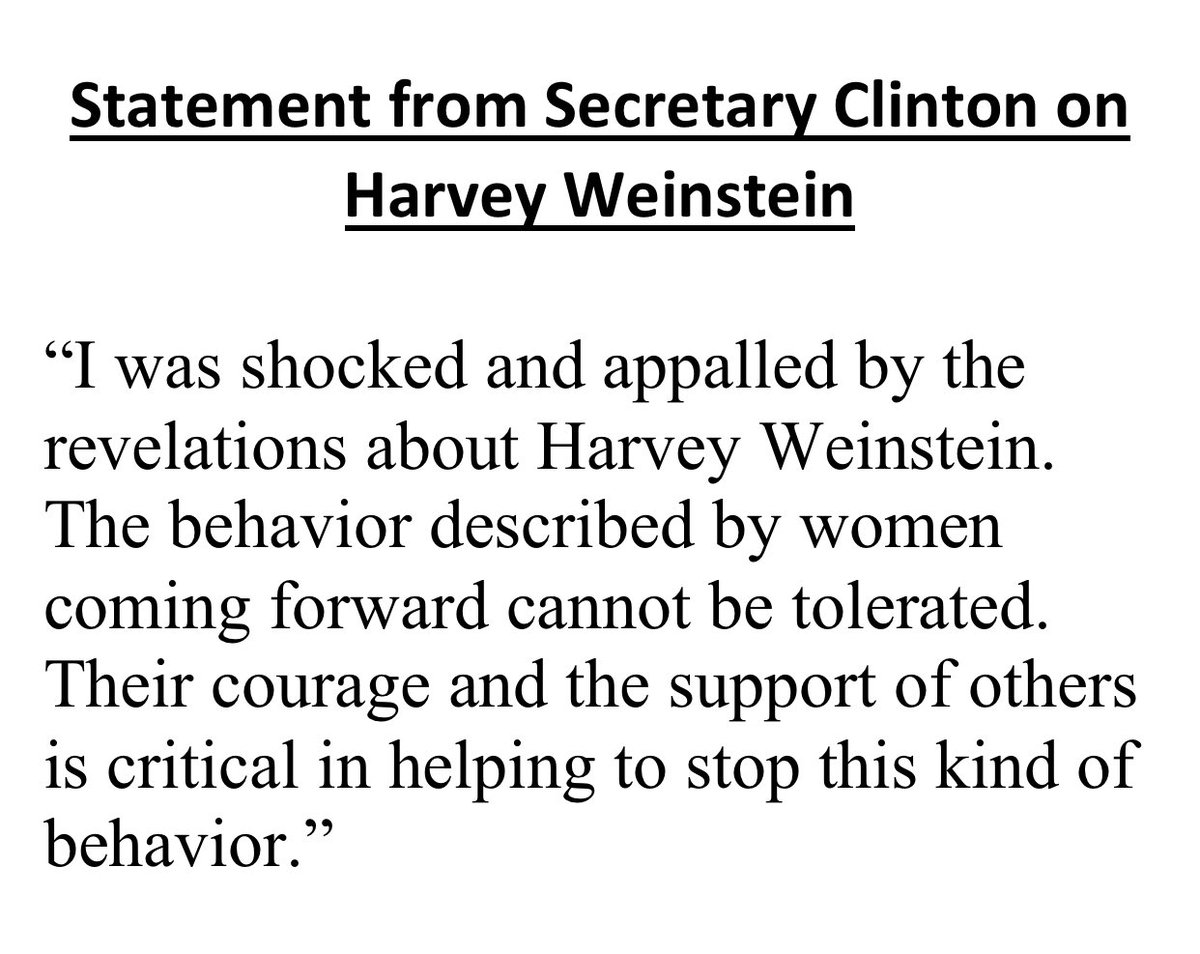