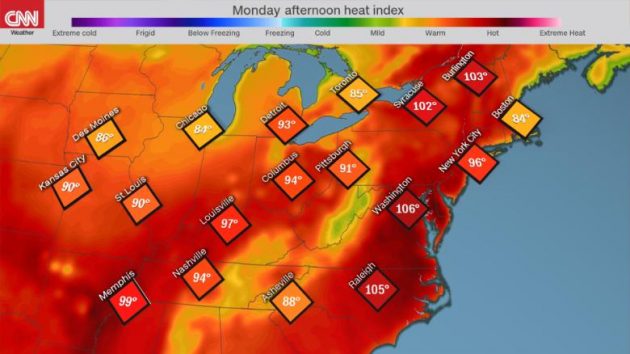 CNN estimates that more than 100 million people will see temperatures above 95 degrees Fahrenheit this week, with several high-temperature records have been set since the heat wave began over the Rockies and Midwest late last week.
In Chicago, the Fire Department needed to hose down bridges after the record-breaking heat caused them to expand and block river access to boats. (See photo below.)
According to the National Weather Service high temperatures and humidity “will combine to create a dangerous situation in which heat illnesses are likely,” 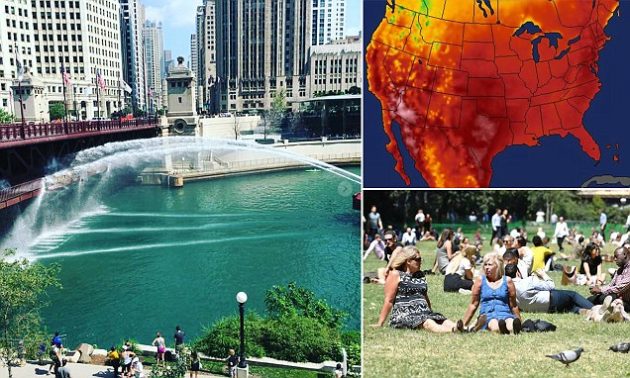