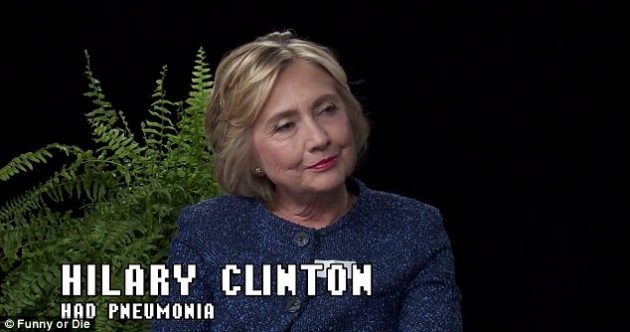 It proves she has a sense of humor! Hillary Clinton appeared on Zach Galifianakis ‘Funny or Die’ series called  ‘Between Two Ferns’ — and may have regretted it after the host asked questions like ‘As secretary how many words could you type? And how does President Obama like his coffee? Like himself – weak?’

At times, the former Secretary of State appeared flustered and stonewalled Galifianakis. Reportedly, the presidential hopeful had requested to be one the show, after watching President Obama’s turn, which was popular online and is thought to have brought younger voters into the Democratic party.