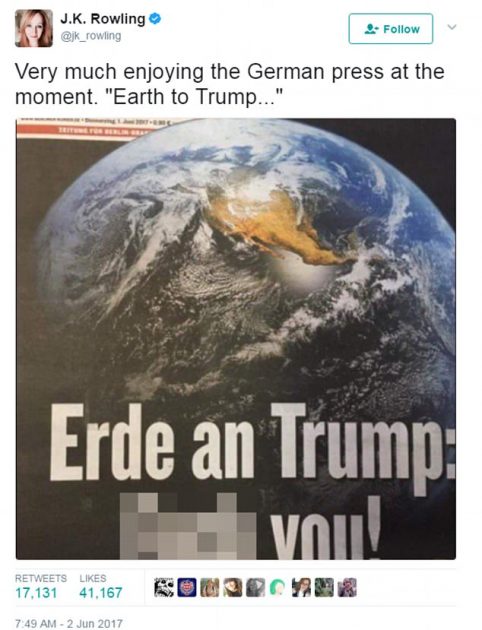 The condemnation came fast and furious as shocked countries reacted to President Trump stated his decision to remove the US from the historic Paris climate change accord. Perhaps the German’s said it best with this screaming headline. Meanwhile, German Chancellor Angela Merkel on Friday vowed ‘more decisive action than ever’ to protect the climate after the US pullout.

Even China — the China, the world’s bigger polluter, vowed to uphold the ‘hard-won’ Paris Accord.