Stunning revelations continue to cascade from Trump’s former White House press secretary Stephanie Grisham who, in her book titled “I’ll Take Your Questions Now,” writes about working for a President with a ‘terrifying temper’ and that Trump ‘constantly berated her and made outlandish requests’, including a demand that she appear before the press corps and re-enact a certain call with the Ukrainian president that led to Mr. Trump’s (first) impeachment. (She managed to duck that one.)

“I knew that sooner or later the president would want me to tell the public something that was not true or that would make me sound like a lunatic,” Ms. Grisham writes, offering a reason for why she never held a briefing. 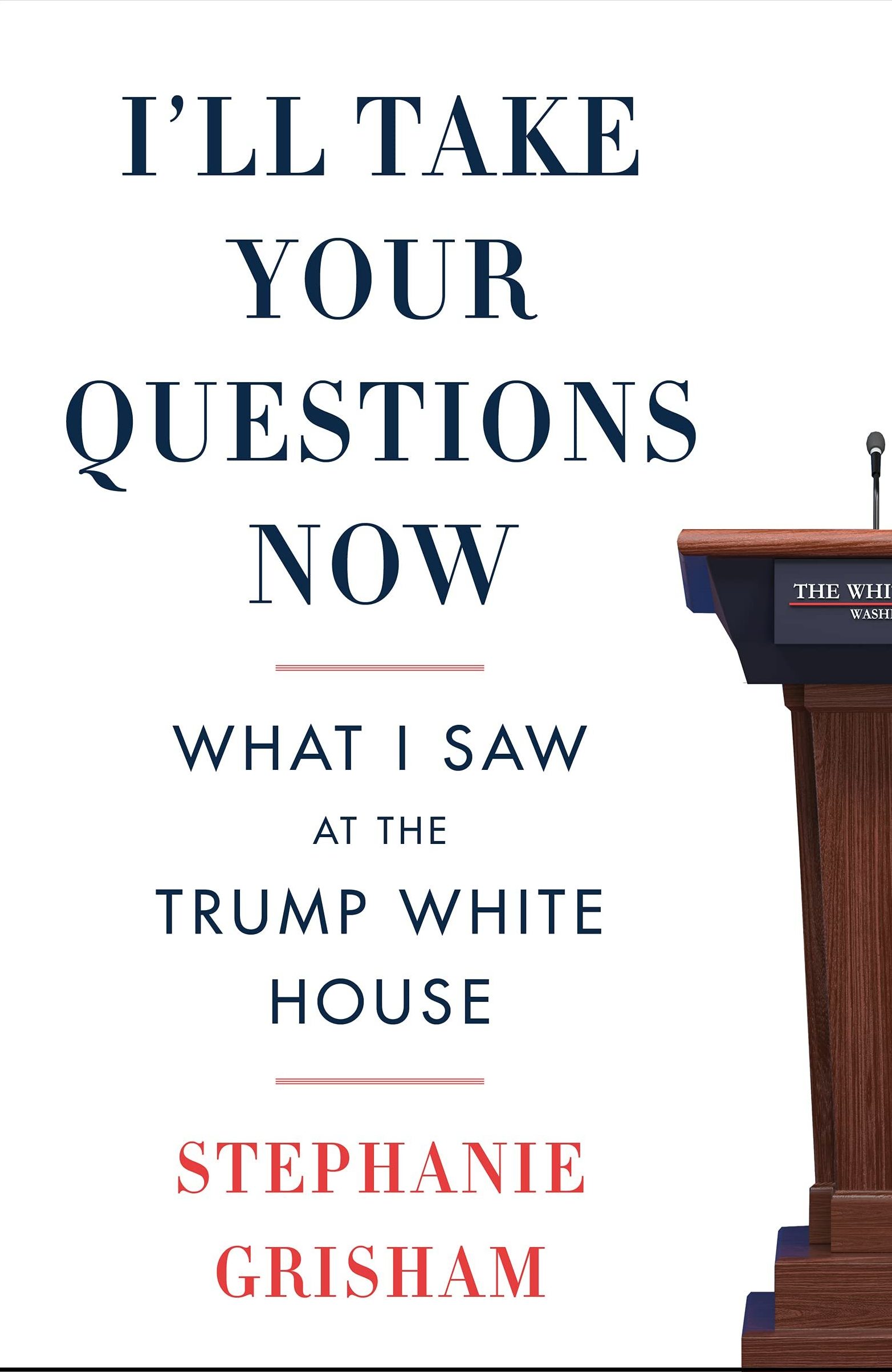 In this video, she describes the text from Melania that finally made her turn in her resignation letter.