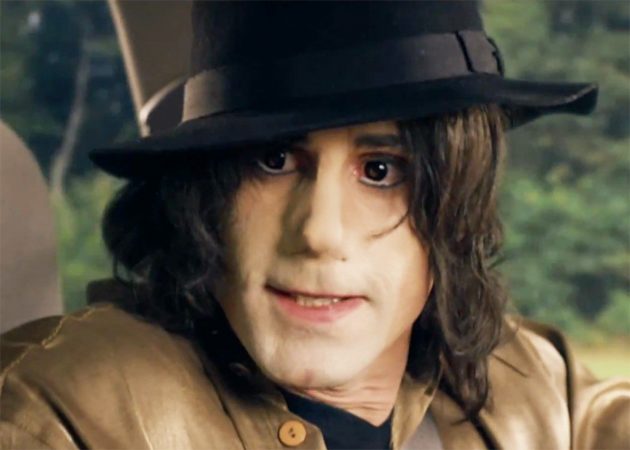 Remember last year when it was announced that a white actor, Joseph Fiennes, would be portraying Michael Jackson in a British TV production, called ‘Urban Myths’? Well, the trailer was just released and it’s not going to help the outrage over casting a white actor to play the famous musician. (See it below.)

“Urban Myths” purports to tell a series of stories, including the most infamous one,  in which Jackson, Elizabeth Taylor (played by Stockard Channing) and Marlon Brando (played by Brian Cox) supposedly took a cross-country road trip after 9/11.
In his defense, actor Fiennes says he struggled with whether to take the role:

“The film is not a biopic.It’s Michael in his last days when, I have to say, he did look quite frankly rather differently than when we grew up with him in the ’80s or earlier.”
The decision with the casting and the producers — I wrangled with it, I was confused and shocked at what might come my way, and I knew the sensitivity, especially to Michael’s fans and to Michael’s family,” Fiennes said. “It doesn’t negate who he was.”

‘The most disrespectful thing I’ve ever seen!

“Here’s your first look at Joseph Fiennes as Michael Jackson,” is one typical twitter response, which is typical of most of the response.
What do you think?