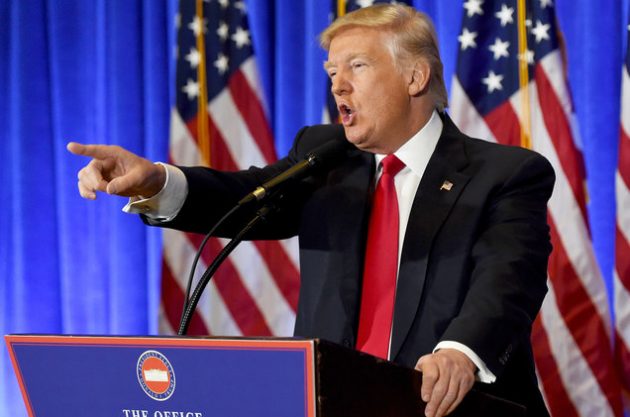 In a press conference that more resembled a rowdy high school presentation, Donald Trump lashed out at CNN for reporting on that he could be blackmailed by the Russian government because they have a ‘dossier’ on Trump, alleging, among other things, that he paid prostitutes for ‘golden showers.’

When CNN reporter Jim Acosta tried to ask a question , Trump yelled, ‘I’m not going to give you a question, you are fake news.’ See the video below.