Beloved actress and writer, Carrie Fisher tragically died recently of complications from sleep apnea. Her history of addiction and mental illness were both common apnea symptoms, though no one would have suspected Fisher had this strange new disease.

-40% of adults over 40 snore, that’s 87 million people though not everyone who snores has apnea.

-Over 40 million Americans suffer from sleep apnea, and less than ten percent have been diagnosed.

-Over 90% of Americans are vitamin D deficient

Fisher suffered from the syndrome I describe in my new book “The Modern Epidemic”;  the story of modern humans increasingly falling prey to chronic disease. Sleep apnea and insomnia are on the increase everywhere people live a Westernized or modern lifestyle. This disease has traditionally been seen in older obese individuals that snore loudly. Recent scientific studies have identified a vitamin D hormone deficiency as the culprit. Most modern humans are suffering from a lack of sunshine, as computers, processed foods, sunscreen and fear of cancer leaving  90% of Americans vitamin D deficient.

I treat both insomnia and sleep apnea with a dental device to keep the airway open and prevent choking in sleep. Reduced airflow in sleep signals our brains that we are under attack, and our sympathetic nervous system releases powerful chemicals to wake us up; this is called an arousal, victims of this disease stop breathing over and over as many as 60 times an hour. Daytime sleepiness and loud snoring are usually present,  though many times it’s not obvious, as in my case, I had no idea I had it, only a sleep test will tell.

The only other treatment available is a CPAP or a “Continuous Positive Airway Pressure machine” that blows air to keep your throat open, and though it works well, few people comply.  This new information makes this deadly disease preventable, and even reversible.

The Key to reversal is early intervention, especially when it comes to children, if you hear noises from your child’s bedroom, of snoring and tooth grinding called bruxism, ask your pediatrician for a vitamin D test, or simply supplement 1000 IU per 25 lbs, most children are deficient.

Dr. Joel Gould Has been practicing dentistry for over 27 years. His Practices in Los Angeles treat snoring and sleep apnea with Dental devices. He is a Bestselling author on cosmetic dentistry and is internationally published in 52 countries around the world. Dr. Gould is defining the new epidemic of insomnia and sleep apnea with his groundbreaking sleep restoration program. He is the author of the new book “the Modern Epidemic” where you can learn to become a modern hunter-gatherer. 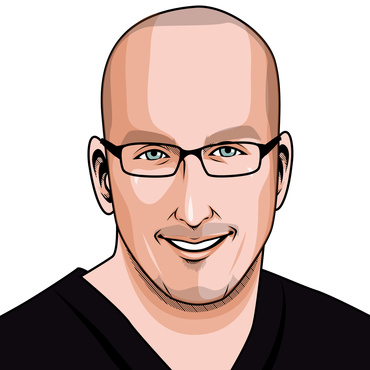