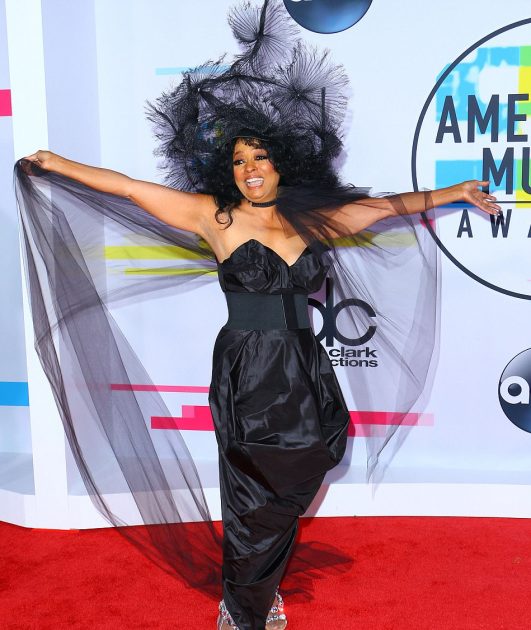 Given that the American Music Awards is a music everything-goes Red Carpet, 73-year-old Diana Ross’s strange, Gothic black outfit still stood out — and not in a good way. As if the crinkly black weren’t enough, the singer sported huge black headpiece and a long black veil. It’s as if she just pulled it out of the closet that day. Someone get this superstar a stylist, stat! 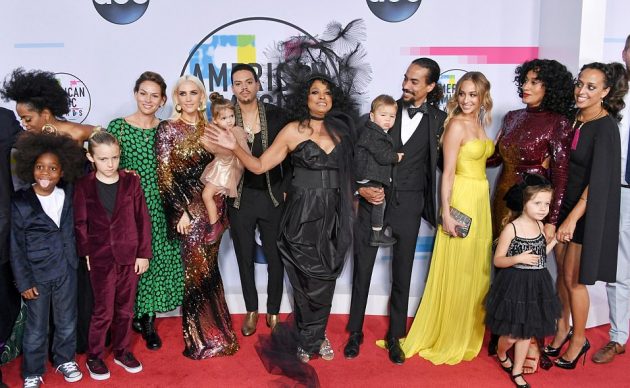 Diana Ross walked the red carpet with a number of her family members, including son Evan Ross, 29, his wife Ashlee Simpson, 33, their daughter Jagger Snow, and Diana’s child Tracee Ellis Ross, 45, who is presenting the award.