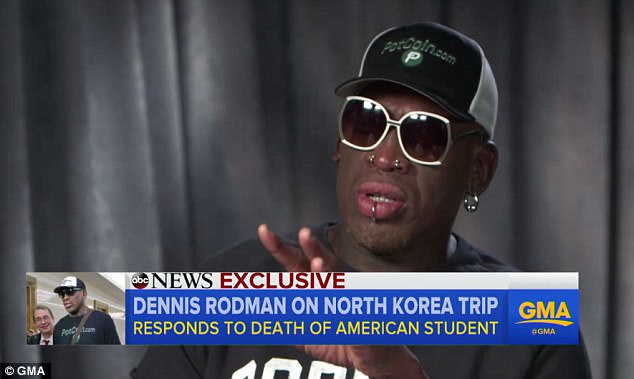 According to the fame seeker, his agent ‘personally lobbied the Pyongyang government on Rodman’s behalf for Warmbier’s return home.’

‘I know being there had something to do with it,’ Volo said. ‘Because when I was organizing the trip… and I meet with the delegates here, you know, I addressed… Otto Warmbier. And I said to them, “we… would need his… you know, a release, some type of good faith, if we’re ever going to do some type of future sports relations”.

‘They said they understood.’

Both the State Department and Warmbier’s father, Fred, both deny Rodman played any role in Otto Warmbier’s freedom.