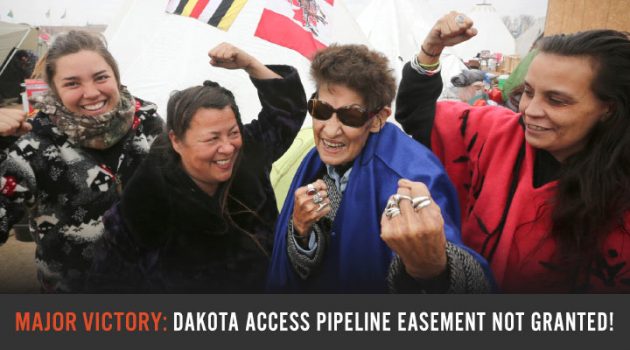 In a major victory for the Sioux tribe and their supporters, The Army Corps of Engineers is denying the pipeline route near the Sioux Reservation. In a mini city that has swelled to over 10,000, celebrations broke out as the news spread. The Sioux Tribe have have been fighting the pipeline that they say could be hazardous and damage the water supply of their  reservation nearby.

“People have said that this is a make it or a break it, and I guess we made it,” Chief Arvol Looking Horse, Keeper of the White Buffalo Calf Pipe, announced to a cheering crowd of protesters. 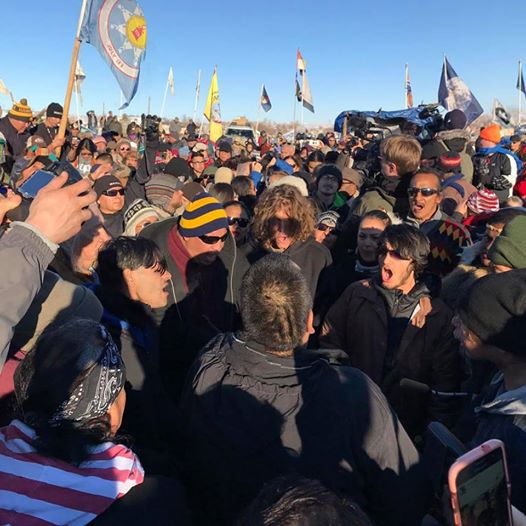