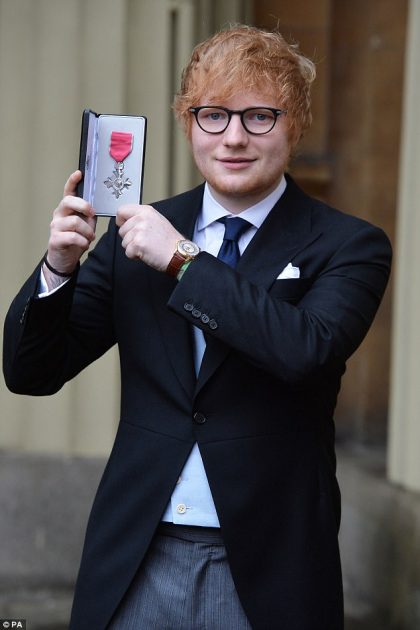 At only 26, English musician Ed Sheeran, 26, was awarded his MBE from Prince Charles in London on Thursday. The MBE (Member of the Most Excellent Order of the British Empire) was awarded to the singer/songwriter for ‘his services to music.’

Always modest, after the presentation at Buckingham Palace the singer remarked that he thinks he owes his success to ‘persistence’ rather than raw talent.

‘I think talent is like 30% of it and persistence, drive and self-belief are the other ones, which I guess are all the same thing.’ 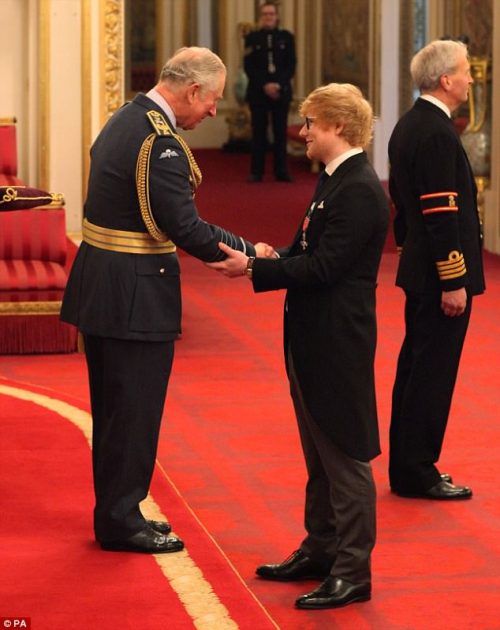