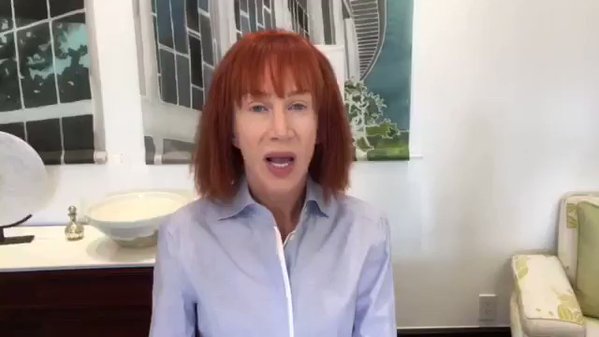 After  Kathy Griffin posted a gruesome photo of a decapitated Donald Trump, CNN announced it was ‘ terminating our relationship’ the comedian who has co-hosted CNN’s New Year’s Eve coverage since 2007 with Anderson Cooper.

Initially defending the photo shoot with celebrity photographer and director Tyler Shields as a work of art when the photos were first released Tuesday, Griffin quickly apologized as the backlash grew.

“I beg for your forgiveness. I went too far. I made a mistake and I was wrong,” she said.