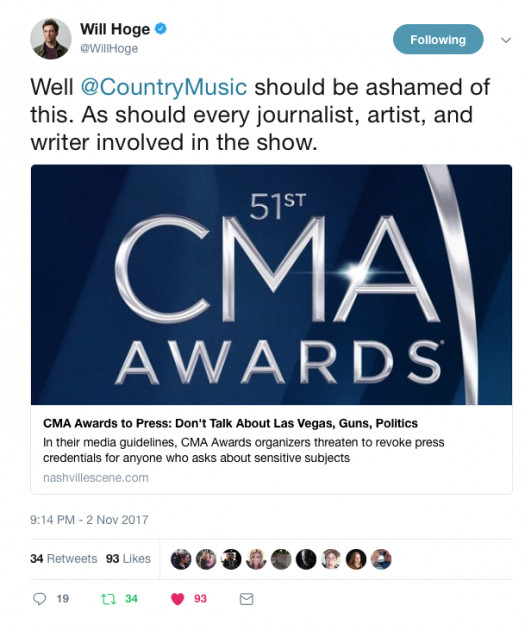 It all started when the Country Music Association sent out media guidelines which asked the media to avoid discussing any ‘political topics’ including the Route 91 Harvest Festival in Las Vegas last month, which left 58 people dead and more than 500 injured.

One of the first to oppose the ban was musician Will Hoge who tweeted that the Country music Assoc . should be ‘ashamed’ of the move. After a media backlash, the Association reversed its decision Friday. What were they thinking?

BTW, this is a good time that Will Hoge will be playing The Mint in L.A. on November 11. 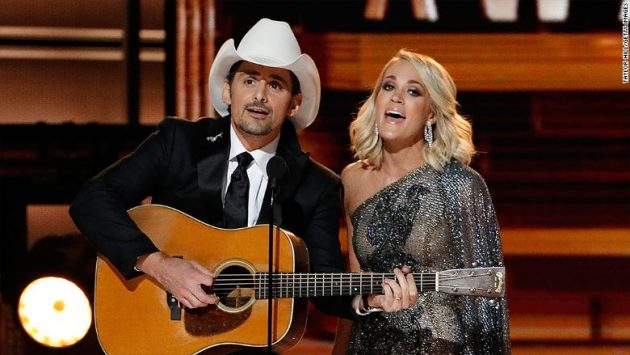