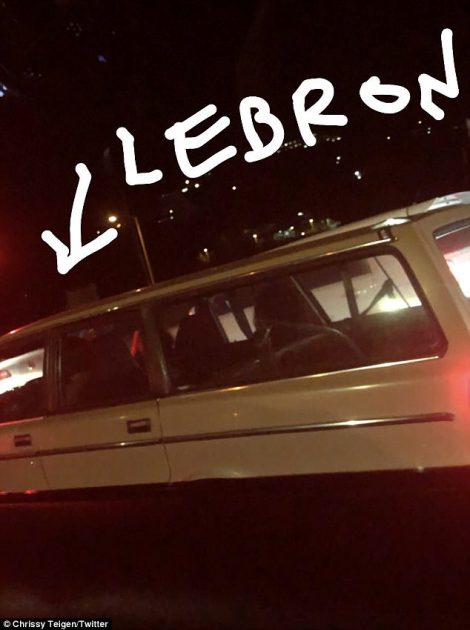 Chrissy Teigen, investigative reporter. The celeb model Mom scooped everyone with the news that LeBron James was joining the LA Lakers when she spotted him getting his name embroidered on a blank Lakers jersey.

Chrissy took to Twitter early Sunday morning and at 1.19am tweeted: ‘I feel like starting basketball rumors’.

A few minutes later Teigen tweeted:  ‘I’m at a small embroidery shop in downtown LA and lebron is here with a blank Lakers jersey? Trying to get a pic.’

Later that day, Chrissy’s rumor was confirmed when LeBron’s agent Rich Paul announced at  5pm on Sunday announced that the 14-time NBA All-Star had agreed to a four-year, $154 a million contract with the Lakers.

A pleased but never smug Chrissy took to Twitter after multiple outlets reported the deal and tweeted: ‘told youuuu’.