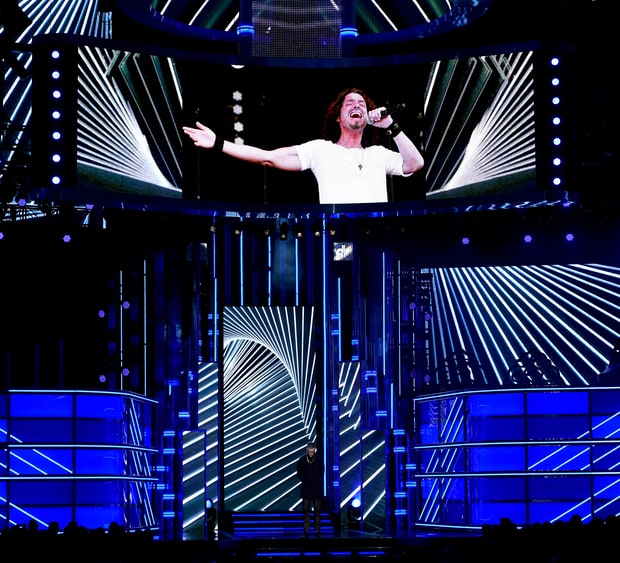 In a moving tribute, Chris Cornell, who died at age 52 on Wednesday, May 17, was remembered in a moment of silence at the 2017 Billboard Music Awards.

Dan Reynolds of Imagine Dragons took the stage on Sunday, May 21, to lead the brief memorial and to share a few  words about the Soundgarden frontman’s legacy:

“Although tonight is a night to celebrate the music and artists of the past year, it’s also a time to recall a member of our community we lost this past week. Soundgarden and Audioslave’s Chris Cornell was a true innovator, a musical architect and a pioneer on the cutting edge of the Seattle grunge movement,” Reynolds, 29, told the star-studded crowd. “He was a prolific songwriter, a legendary performer, a singer who had a voice for the ages, and a philanthropist whose Chris and Vicky Cornell Foundation helped so many children around the world.”

He added, “Even though Chris is gone, his legacy endures. We send our respects, as well as our love to Chris’ family at this time. Please join us in a moment of silence to remember Chris Cornell.”