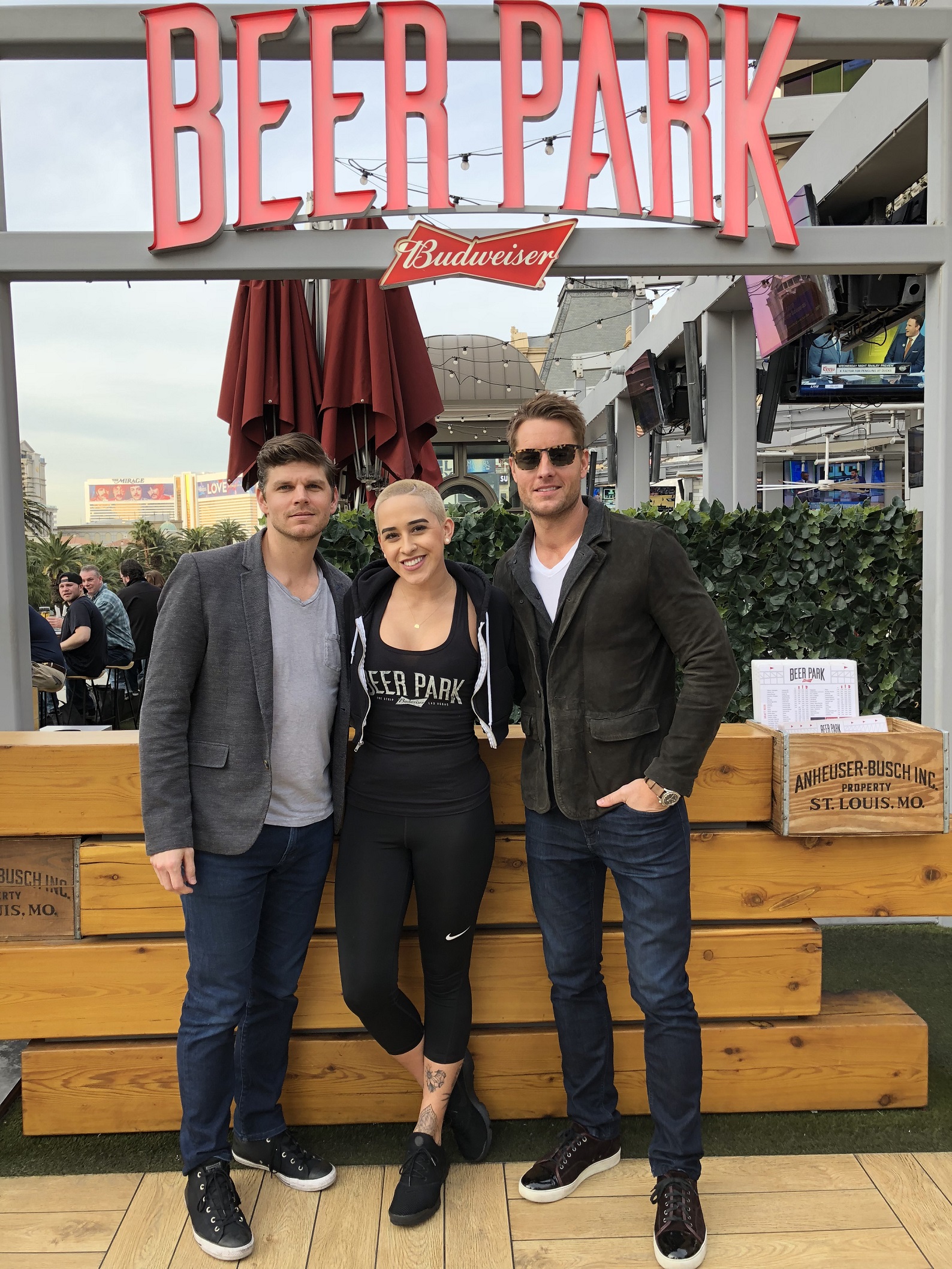 Why yes, that is studly Actor Justin Hartley, best known for his lead role in the NBC drama “This Is Us,”  at BEER PARK at Paris Las Vegas Wednesday afternoon.

What did he eat? Who cares…he had a Breckenridge nitro vanilla porter beer. Yum!

We were more entranced with ‘Beer Park’ though which is located in Paris Las Vegas on a 10,000-square-foot deck set in the backdrop of the world-famous Las Vegas Strip. Featuring an outdoor smoker and grill, picnic tables, and more than 100 drafts, can and bottle beer selections; including 36 beers on tap, it is the new place to be seen.