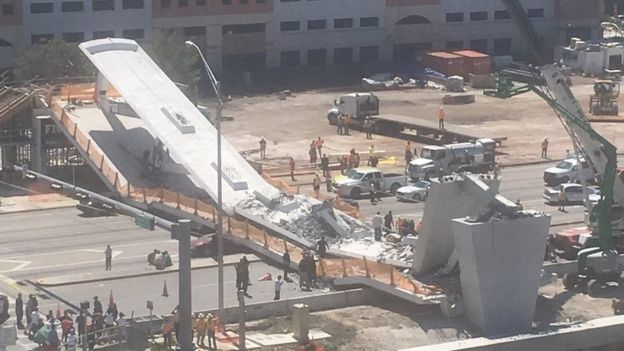 Just In: A pedestrian walkway in Miami has collapsed on Thursday, killing several people, and leaving cars trapped underneath.

The Florida Highway Patrol confirmed the fatalities after multiple vehicles were crushed by the span near Florida International University’s campus.

Scheduled to open early next year and designed to withstand hurricane-force winds, the bridge connects the FIU campus to the town of Sweetwater, where the university estimates some 4,000 students live.

More as it happens….