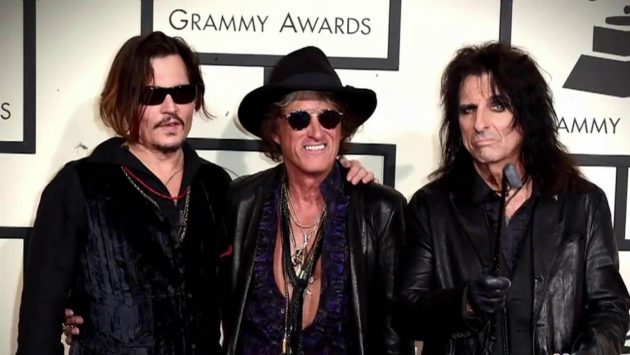 This just in : Aerosmith guitarist Joe Perry fell ill during a concert Sunday night in New York and stumbled off stage and was taken to the hospital where he is reported in stable condition.

Perry, 65, was playing with his side project, the Hollywood Vampires ( with Alice Cooper and Johnny Depp) and reportedly had felt ill during the day but refused to seek medical attention. Some sites are speculating that he suffered a heart attack, but that has not been confirmed at this time.