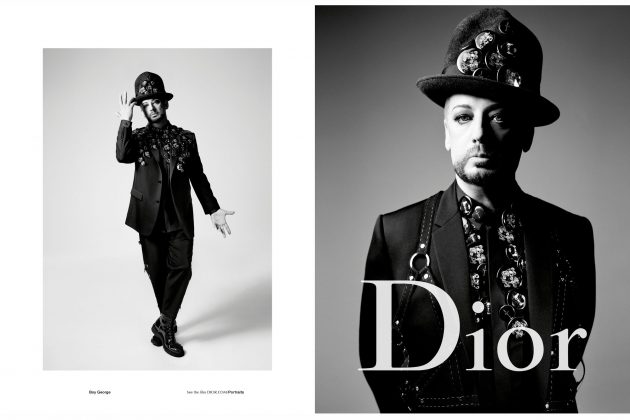 He’s a natural! Boy George, he of the gender-bending style and sometimes extravagant makeup, was just announced as the new face for Dior Homme’s Spring campaign.

Maybe it’s due to his new visibility on the reality TV show The Celebrity Apprentice, but we think he’s the perfect fashion muse, and unbelievably,  this is the first time he’s been asked to star in a fashion house’s campaign.

Tuesday morning some of the black and whites were released, featuring Dior’s Spring/Summer 2017 collection creative, but true to his nature, Boy George sports one of his own signature tall fedoras. Keeping it real.